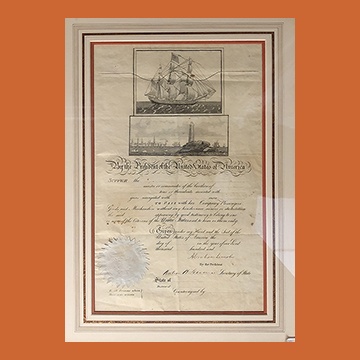 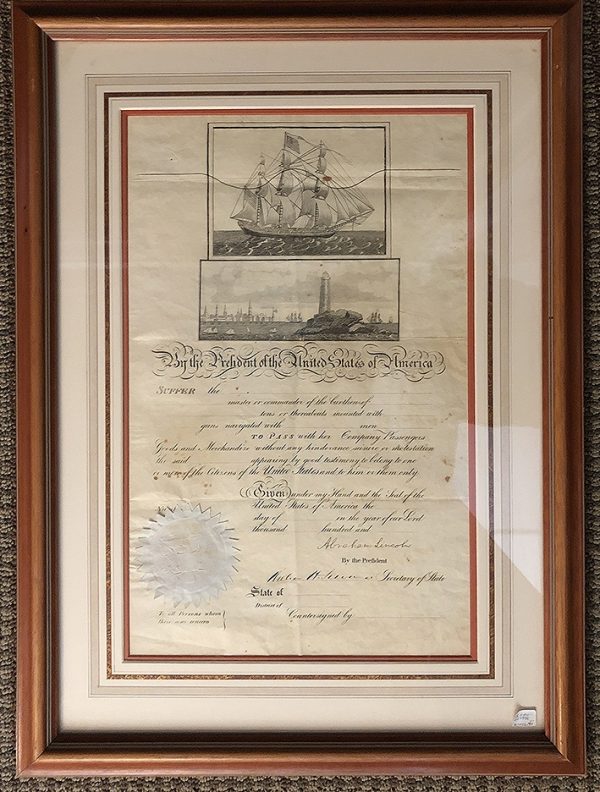 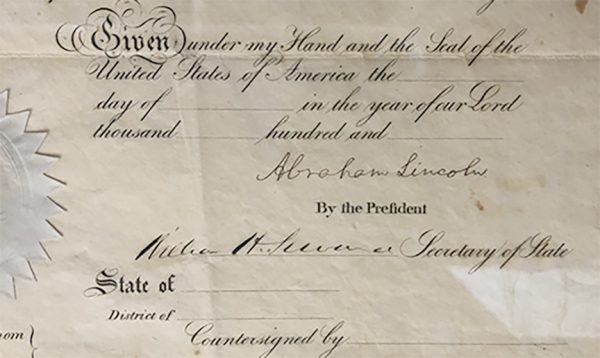 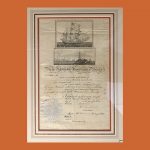 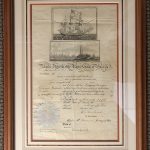 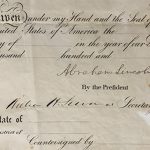 Obviously un-used and kept as a souvenir after Lincoln’s assassination.
Created after the United States concluded a treaty with Algiers in 1795. During the early years of independence, America was one of several nations paying tribute to Algeria and later the Barbary States in exchange for the ability to sail and conduct business in the Mediterranean area without interference. Thomas Jefferson hated doing it but was forced by businesses who needed commerce in the Mediterranean.
The scalloped top was derived from the medieval custom of cutting documents in two and giving each party one half; to later be legal, they had to match up.  These Mediterranean passports were cut along the waved line and the top portion sent to U.S. Consuls along the Barbary coast. The Consuls provided copies to the corsairs, whose commanders were instructed to let all vessels proceed who had passes that fit the scalloped tops.
Mediterranean passports were sent to the various customs districts pre-signed by the president and secretary of state. The port collector would then insert the vessel’s name and tonnage, master’s name, number of crew members, and the cargo.  Unused and outdated passports were supposed to be returned to the treasury department, after first being canceled by cutting holes through the seals, but in this case it was kept as a souvenir after Lincoln’s assassination.
This is the only example we have seen on the market.
Lincoln, Abraham. Partly Printed Vellum Document, signed but unaccomplished and uncut.  [Washington, DC]:  no date.  Folio; 1p.; handsomely and correctly framed.