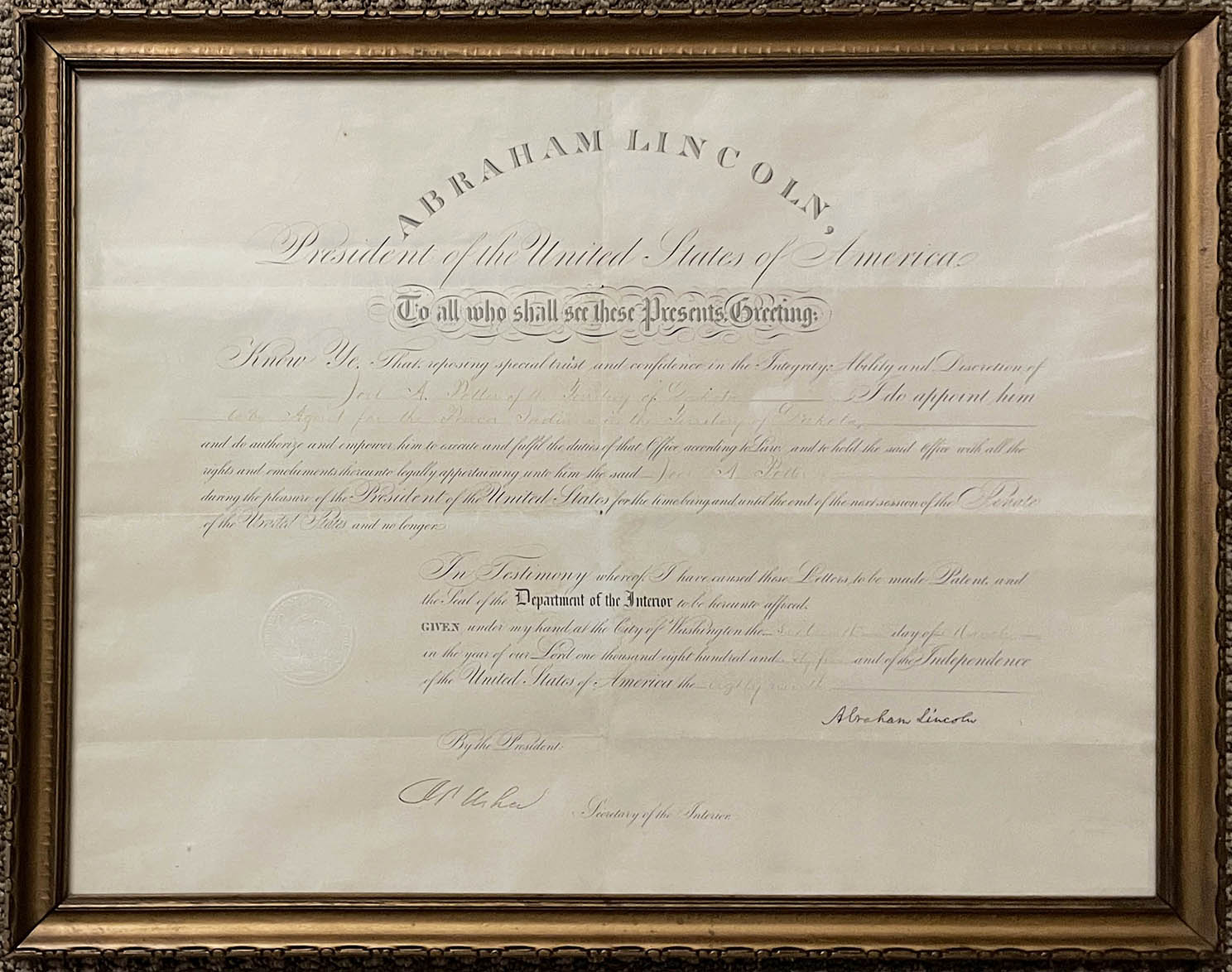 Abraham Lincoln signed this document less than a month before his death. Lincoln appoints one Joel A. Potter to be the “Agent for the Ponca Indians in the Territory of Dakota.”  Though documents signed by the Secretaries of War, Navy, State and Treasury are common, those for Interior are inordinately scarce and desirable – and more so in regard to Native Americans!

In Lincoln’s time the Ponca Indians were ensconced in today’s Northern Nebraska and South Dakota.  They had never warred with the United States and had their first peace treaty in 1817 followed by a trade agreement in 1825.  In 1858 and in 1865 (the year of this document) they signed land cession treaties in return for military protection (especially from the Sioux) and economic assistance.  In 1868 the United States, rather than honor their Ponca treaty obligations, the U.S. ceded their land to the Sioux and removed the Ponca to Indian Territory in 1877.

Though agents and missionaries sought to abolish traditional dances and other Native customs in the 1880s and 1890s, the Ponca revived them after World War I and dancing remained the central expression of traditional Ponca culture and they became widely known for their knowledge of songs and dances.  They made important contributions to powwow culture and earned the honor of organizing the world championships each year.

Lincoln’s signature is quite dark and above the fold.  Excellent; usual original folds; minor staining only.