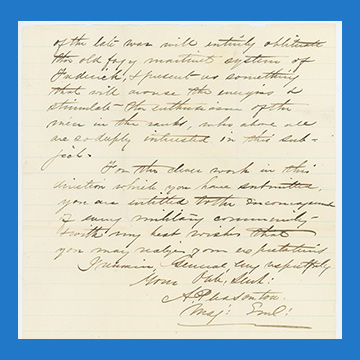 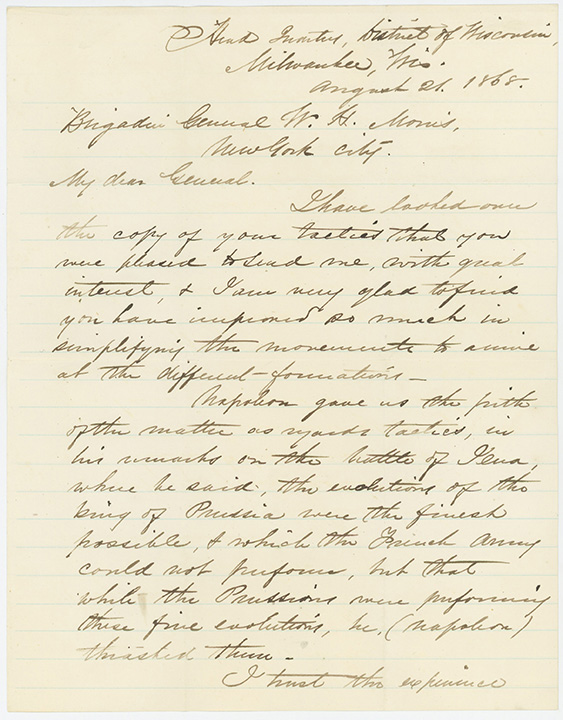 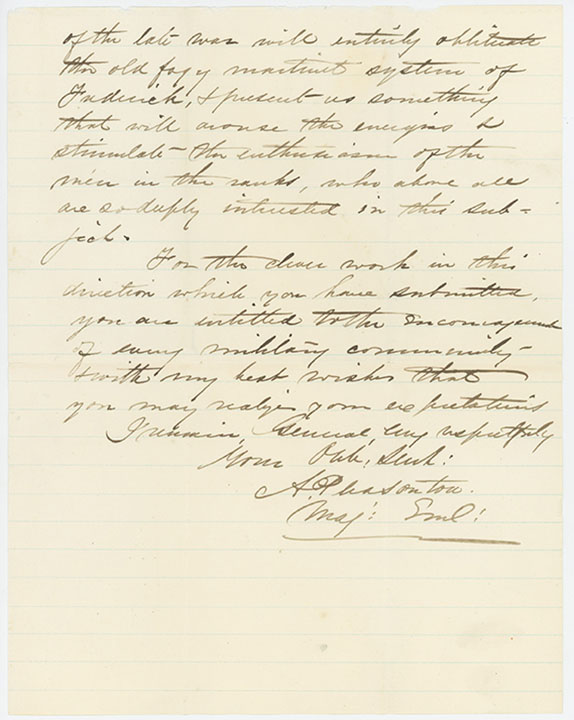 From the Last Few Weeks of Pleasonton’s Army Career

Pleasonton thanks Morris’s “clever work” on tactics, which he is gratified shows simplified movements.

“Napoleon gave us the pith of….tactics, in his remarks on the battle of Jena, where he said the evolutions of the King of Prussia were the finest possible…but that while the Prussians were performing these fine evolutions, he…thrashed them.”  Pleasonton hopes the experience of the “late war will entirely obliterate the old fogy martinet system of Frederick, & present us something that will arouse the energies &…enthusiasm of the men in the ranks…”

As cavalry leader, Pleasonton won brevets for Antietam, Gettysburg, and Price’s Raid.  This letter comes from the last weeks of his regular army career: He resigned when reorganization would have left him under subordinates.

Some mtg. traces on verso of blank 2nd leaf, else clean and fresh looking.