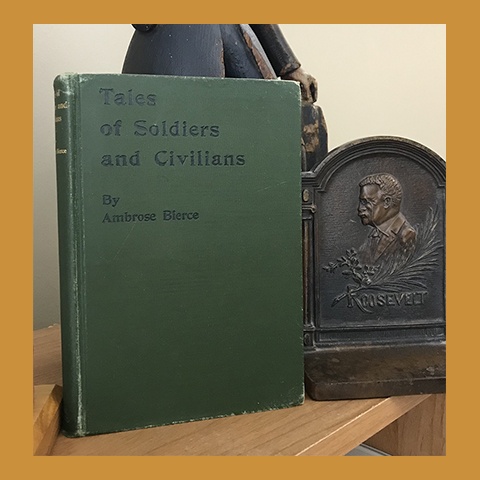 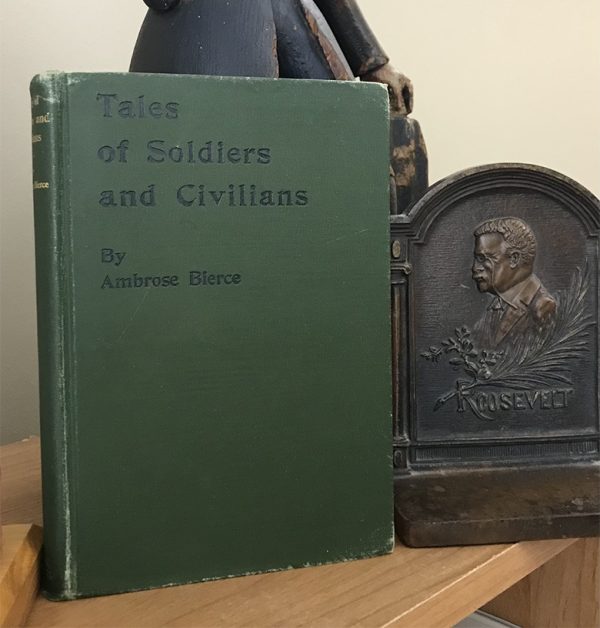 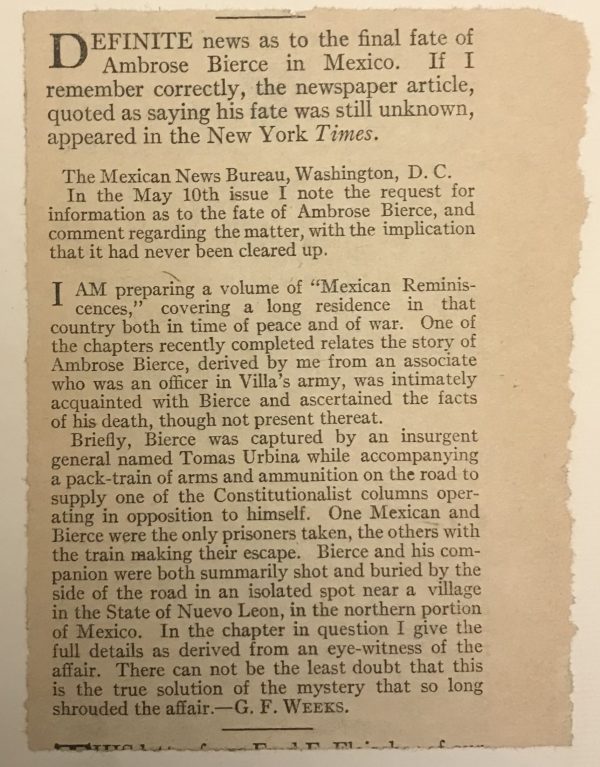 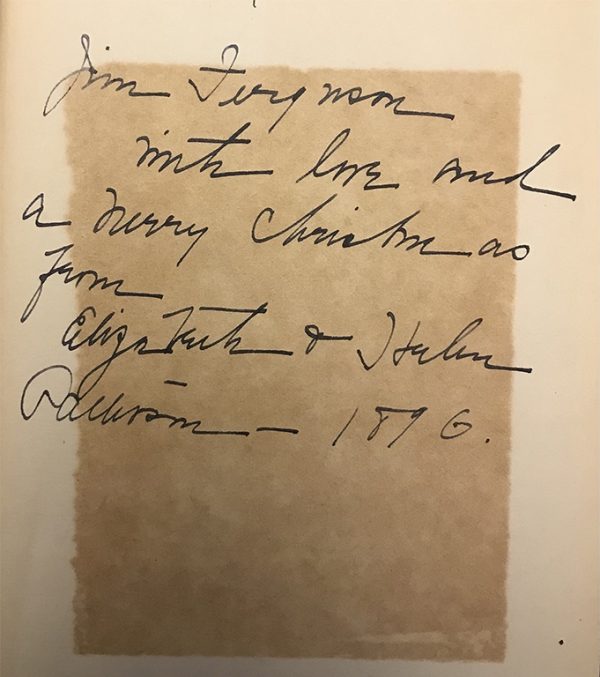 An American Master of Horror!

Ambrose Bierce’s Tales of Soldiers and Civilians remains one of the most influential works in the genre of American horror fiction.

The author assembled these stories over time while writing for various San Francisco journals. Later publications use the title In the Midst of Life, with this title used as a sub-title. The Tales of Soldiers section is an riveting collection of short stories based on Bierce’s own experiences during the war. Included are classic short stories such as An Occurrence at Owl Creek Bridge, One of the Missing, and A Tough Tussle. This is an uncommon edition, not accounted for in some publication histories.

This 1891 reissue, likely released for sale in 1892, comes from the New York publisher of the 1895 paperback edition. True first editions bear the San Francisco imprint of E. L. G. Steele.

This copy has a news clipping pasted inside the front board claiming to portray the true story of Bierce’s death in Mexico. The clipping has left a clear acid stain on the front fly leaf. Fly leaf also features original gift inscription from 1896, and a previous owner’s signature.

Light wear and chipping of the extremities; lightly bumped; else very good.