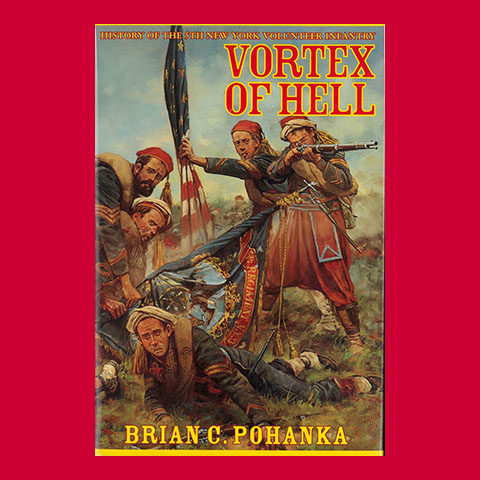 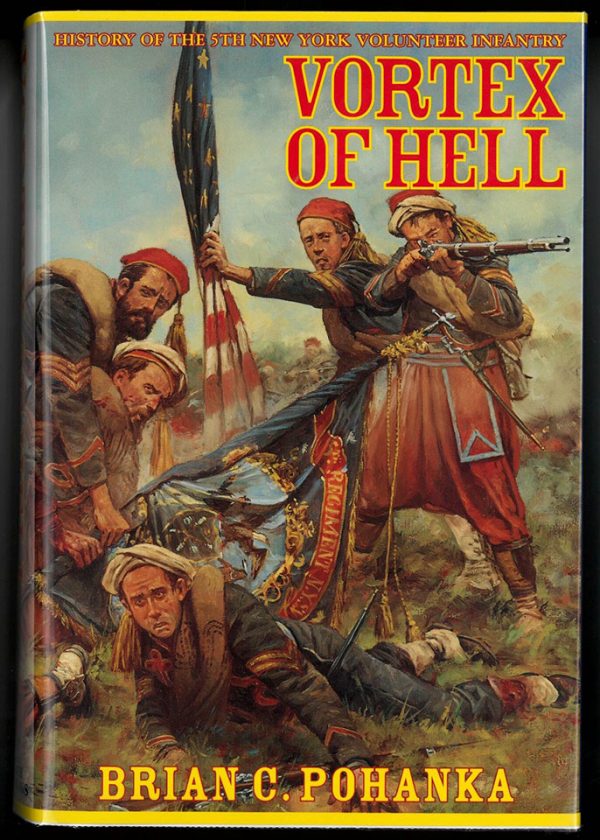 The late Brian Pohanka wrote Vortex of Hell over years of collecting and re-enacting the 5th New York. The book was assembled and published by Patrick Schroeder after the author’s death.

The Duryee’s Zouaves of New York City was one of the most renowned regiments of the Civil War. Their colorful uniforms, precise maneuvers, effectiveness in combat, and steady bearing under fire won them universal respect and recognition. At the battle of Second Manassas the regiment stood almost alone against Longstreet’s attack and suffered 330 casualties.

Pohanka’s narrative is rich with personal accounts, photos, and biographical sketches of soldiers. Foreword by Thomas Clemens and preface by Patrick A. Schroeder.

Near fine; in dust jacket.