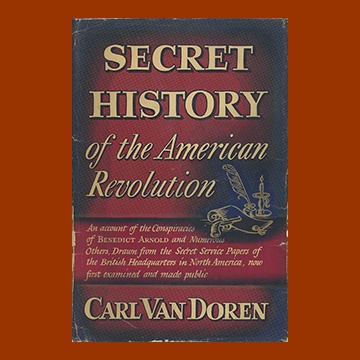 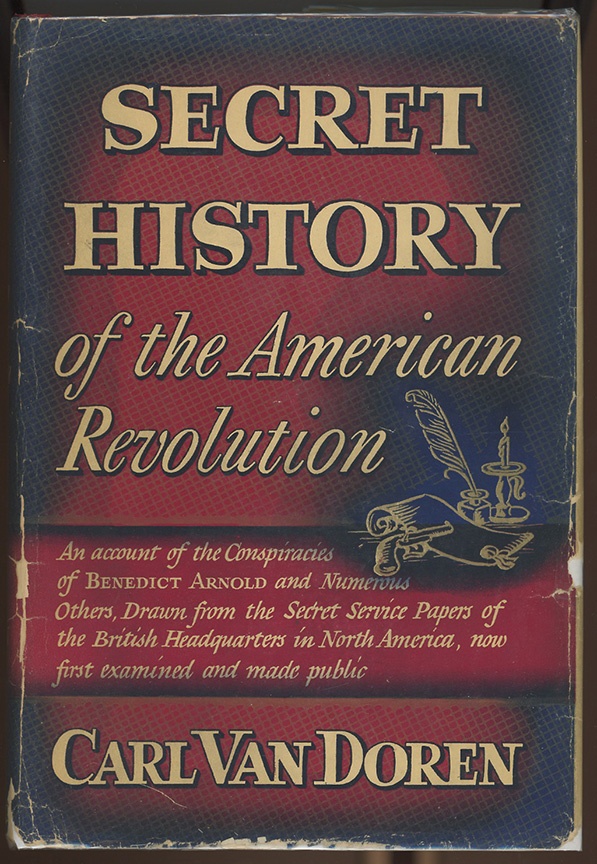 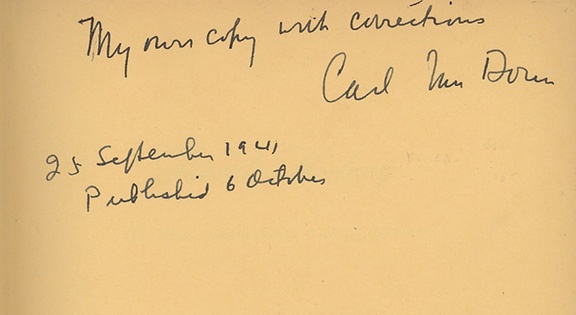 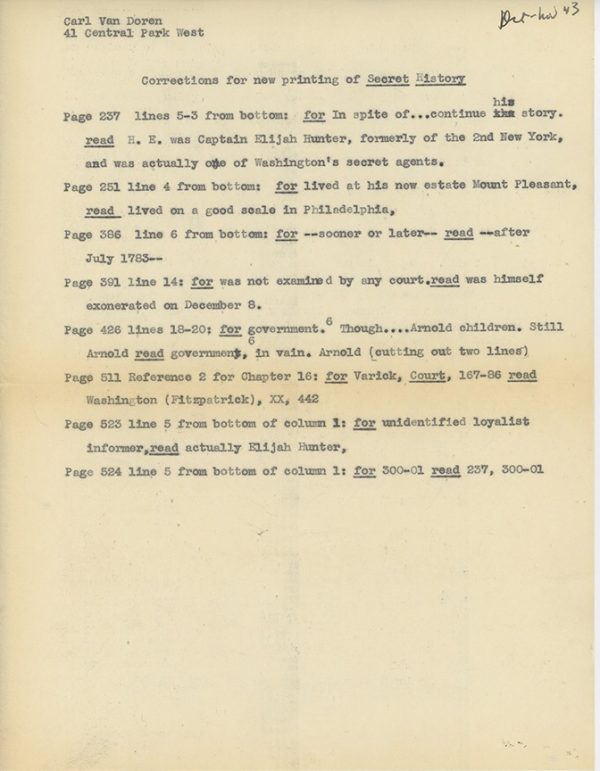 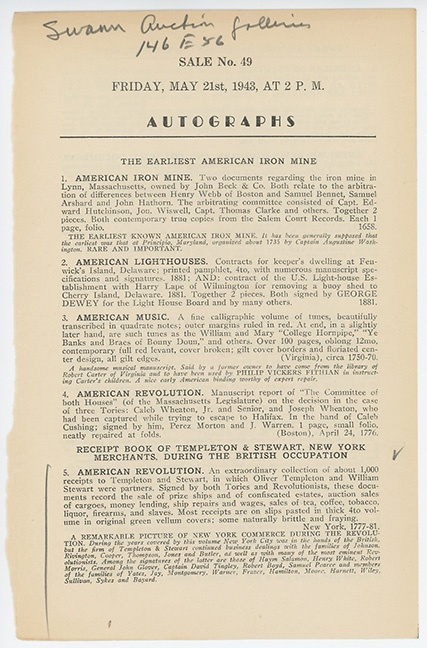 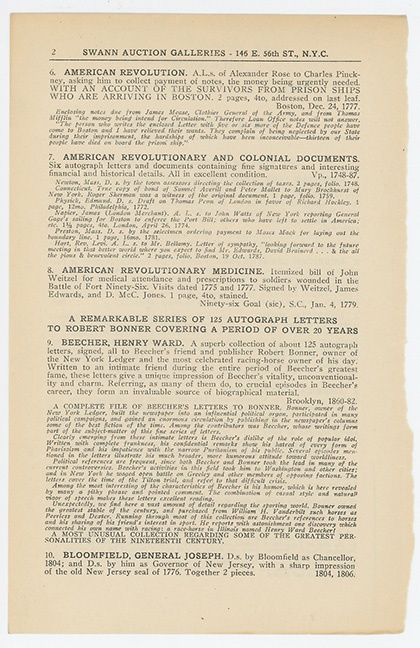 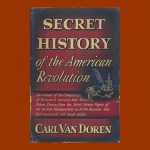 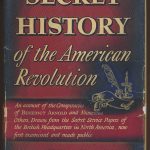 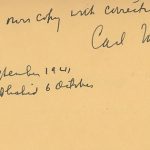 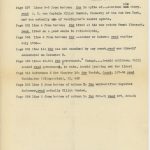 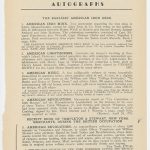 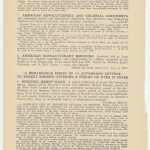 Carl Van Doren’s Secret History of the American Revolution was described by the publisher as “An Account of the Conspiracies of Benedict Arnold and Numerous Others drawn from the Secret Service Papers of the British Headquarters in North America now for the first time examined and made public.”

The author based his writing on recently discovered papers of British General Henry Clinton, to which he had privileged access. Carl Van Doren was one of the most celebrated academic writers of the mid-Twentieth Century, earning a Pulitzer Prize in 1938 for his biography of Benjamin Franklin.

This first trade edition copy of Secret History of the American Revolution is special in that it was Van Doren’s personal copy, in which he enclosed a personally prepared errata sheet, dictating changes he surely expected to see made in future editions. He also inscribed the book on its front end page “My own copy with corrections,” and his signature. Additionally interesting in that he dated the receipt of his personal copy, 25 September, 1941, along with the publication date, 6 October.

Another important ephemeral item included is a page from a Swann Auction catalog from Friday, May 21st, 1943, highlighting a “Receipt Book of Templeton & Stewart, New York Merchants, During the British Occupation.” Oliver Templeton, a New York Auctioneer, may have had dealings with Arnold, thus explaining Van Doren’s interest in the collection.