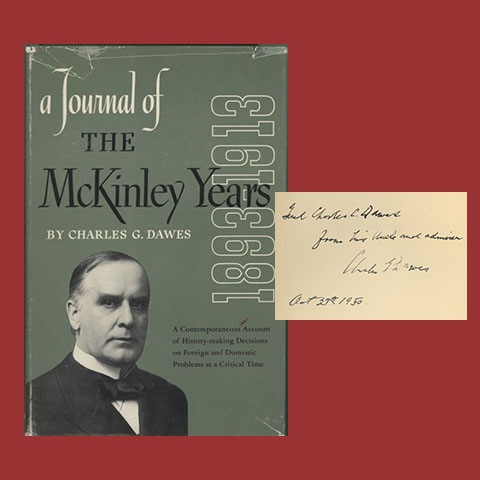 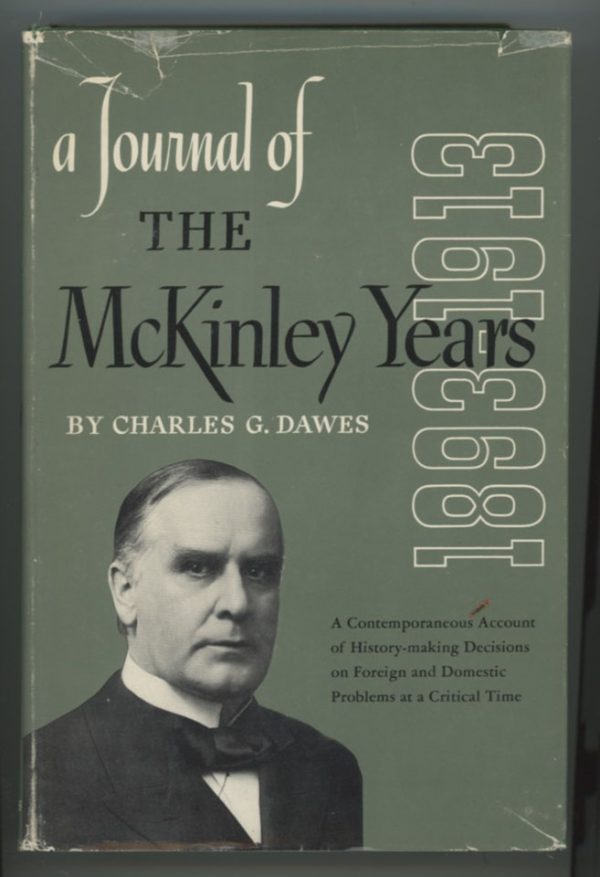 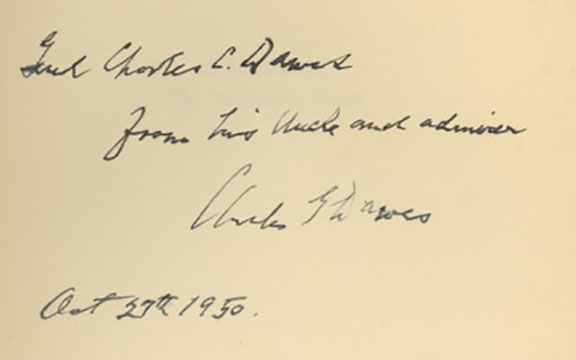 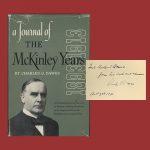 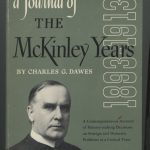 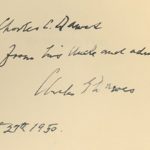 Charles Dawes, A Journal of the McKinley Years examines Dawes years as the Comptroller of Currency from 1896-1901. Dawes also served as Vice President under Calvin Coolidge and Ambassador to Great Britain under Herbert Hoover.

Published at the famous Lakeside Press in Chicago, because he lived in its immediate northern suburb, Evanston. This was the last book published by Dawes during his lifetime. Dawes’ Evanston home serves as the Evanston History Center.

Inscribed, Signed, and Dated (Oct. 27th, 1950) by Dawes to his nephew General Charles C. Dawes “from his Uncle and Admirer.”

Excellent; with the general’s bookplate; slight wrinkling of the d.j. at the top.