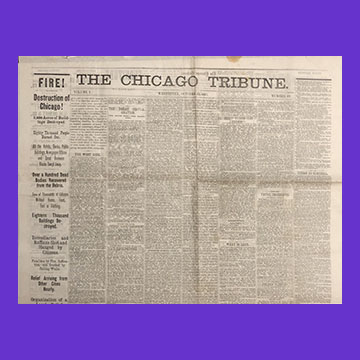 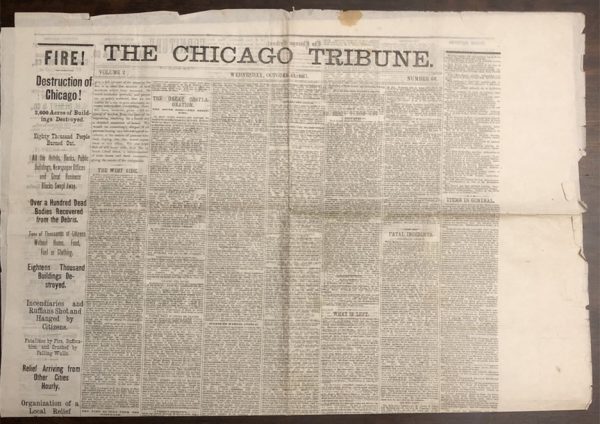 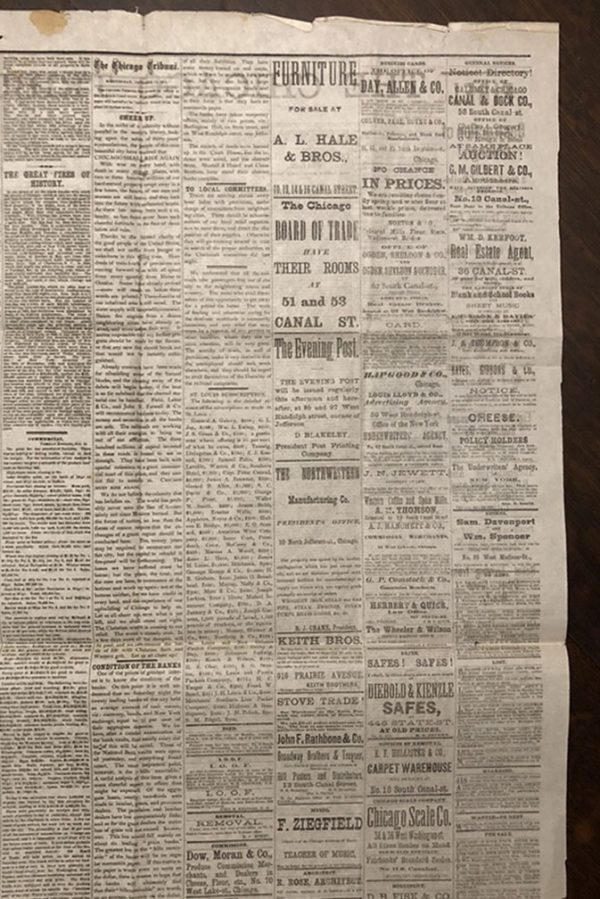 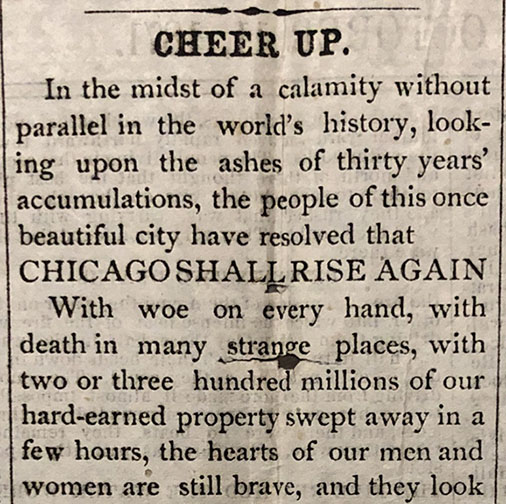 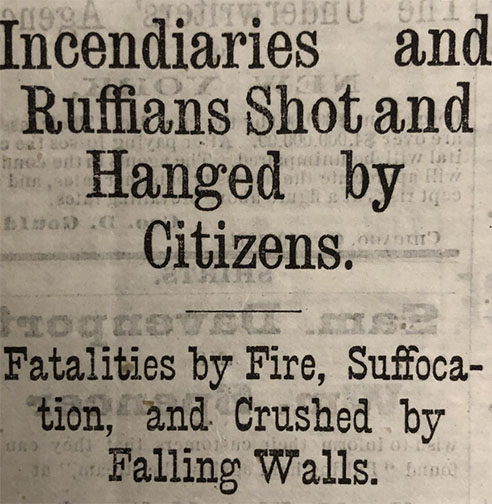 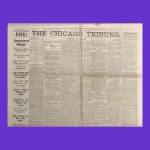 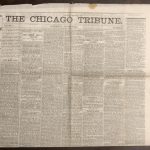 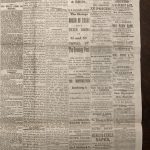 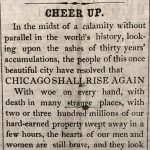 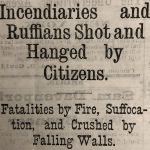 The First Chicago Newspaper Printed After The Chicago Fire

The Chicago Tribune from October 11, 1871. The first paper off the presses after the Chicago Fire. Exhaustive, early coverage of the conflagration of three days previous. The sheer magnitude and loss of the calamity is highlighted in geographical detail as to the breadth of the disaster.

Some credence given to the well-traveled (and now thoroughly debunked) lore as to the fire beginning in a “cow-barn” at the corner of DeKoven and Jefferson Streets “before any aid could be extended.” Even at this juncture, comparisons are made with the “great fires of history”, inclusive of those in London and New York previously.

That aside, the “Trib” announces its new temporary headquarters where the newspaper “will be issued from that place until further notice.” In a similar encouraging tone, the editors entice the readers to (ironically) “Cheer Up! Chicago Shall Rise Again!” And so it did, reinforcing the well-known Chicago adage of “I will.” Advertisements grace two columns on the verso. A unique, untrimmed edition printed below south of Chicago, which, because of the prevailing wind, was spared; and where printing presses could still be found.