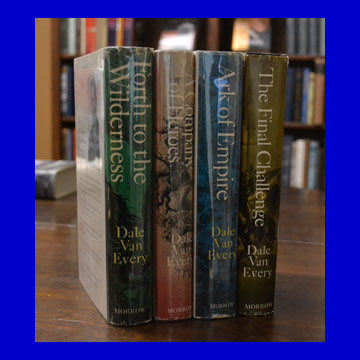 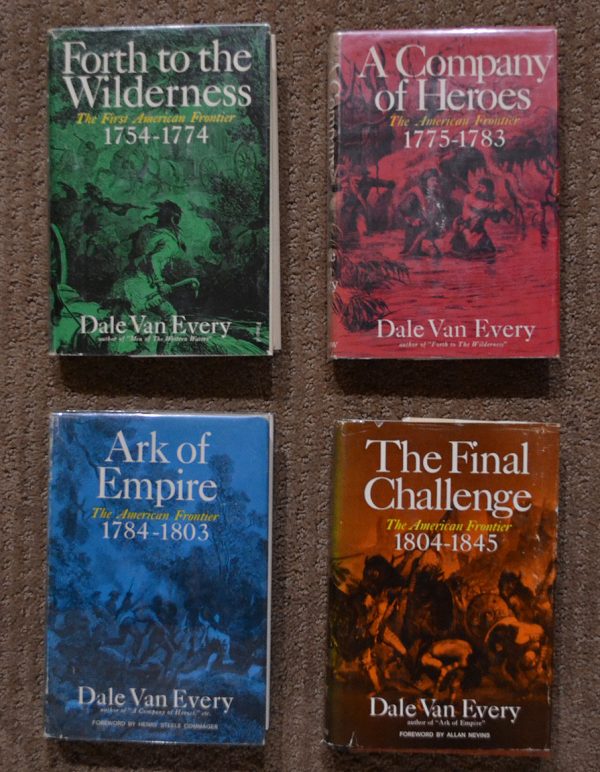 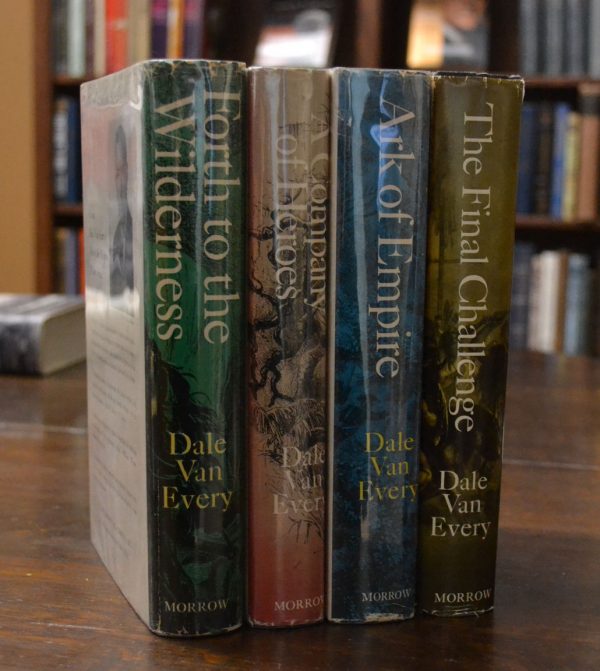 A Panoramic Narrative of the Drive to the Pacific

The works were enormously popular when they came out in the early 1960’s, and famed historians Henry Steele Commager and Allan Nevins provided Forewords to the last two volumes.

Uncommon in dust jackets! Light sunning on A Company of Heroes & The Final Challenge; very light wear at extremities of just jackets; else very good.