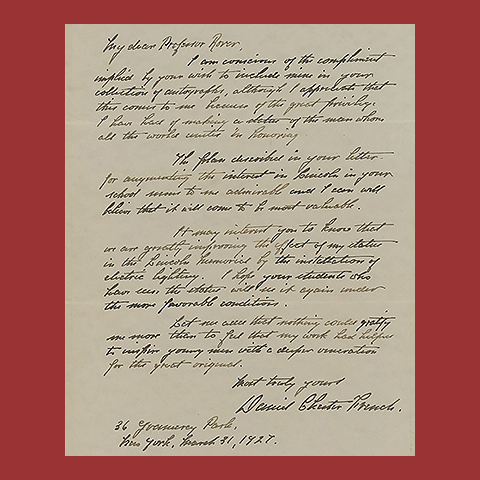 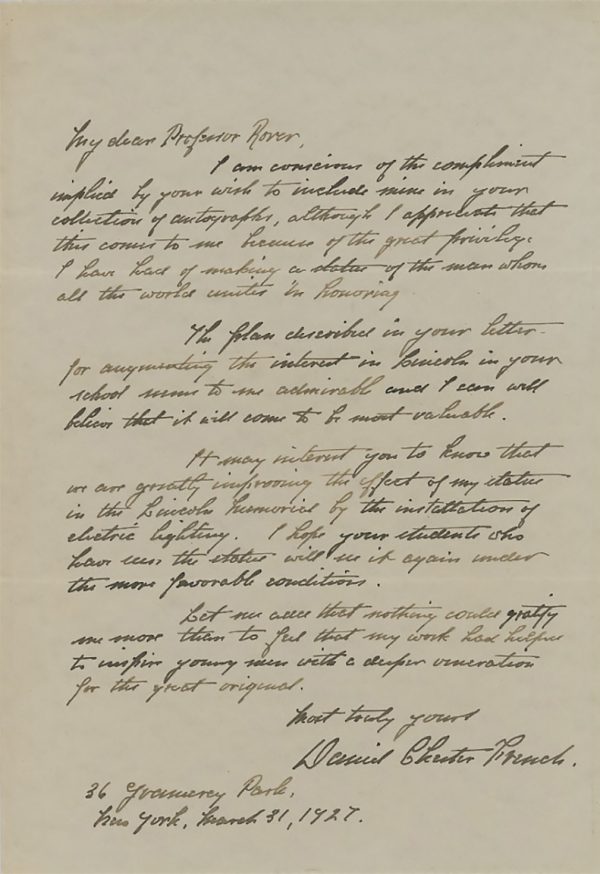 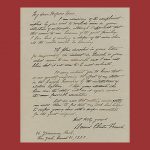 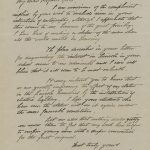 Daniel Chester French writes and signs a letter thanking a professor for seeking his autograph and commends him for his efforts to augment interest in President Lincoln at his school.

“It may interest you to know that we are greatly improving the effect of my statue in the Lincoln Memorial by installation of electric lighting, I hope your students who have seen the statue will see it again under the more favorable conditions.”In closing, Frech adds: “Let me add that nothing could gratify me more than to feel that my work had helped to inspire young men with a deeper veneration for the great original.”

Carved from Georgia white marble, the Lincloln Memorial reflects a solitary figure of Abraham Lincoln sitting in contemplation. It was shipped to the Memorial site in 28 pieces and was originally intended to be only 10 feet tall, but was enlarged to 19 feet from head to foot so it would not look small within the extensive interior space.

French supervised the Piccirilli Brothers in its construction, and it took four years to complete. The Memorial was dedicated in May 1922.  It would take over 6 years for the Memorial to be lit to French’s liking.