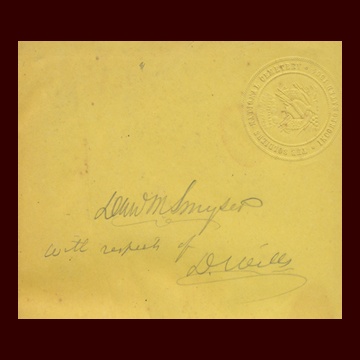 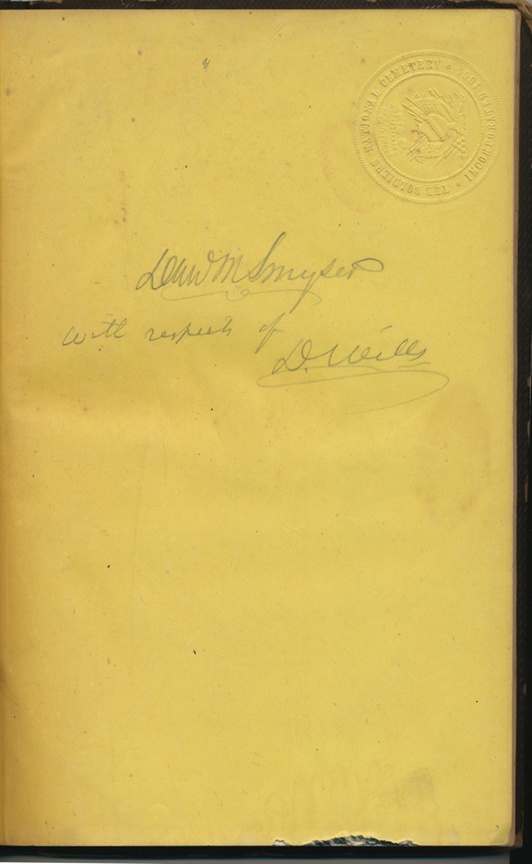 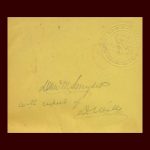 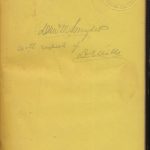 One of the Earliest Publications of Lincoln’s Gettysburg Address

David Wills, head of the Gettysburg Cemetery Commemoration, signs this Report of the Select Committee Relative to the Soldier’s National Cemetery.

One of the earliest publications of the proceedings at the dedication of the Gettysburg National Cemetery, it includes Lincoln’s Gettysburg Address.

This particular report also includes a list of all Pennsylvania soldiers buried in the cemetery. It is, according to John Carbonell, the ninth appearance of Lincoln’s Address in print. Stamped from the library of the “Soldiers’ National Cemetery, Incorporated 1864″.

David Wills hosted Lincoln in his own home (on the town square), whom he had invited to give “a few appropriate remarks.”

Wills also wrote the Report as “Agent for A. G. Curtin, Governor of Penn’a.”  Inscribed to Daniel Smyster. Smyster had been a member of the PA State Assembly for several sessions and a Whig candidate for Congress in York and Adams Counties in 1857, and fellow committee member with Wills.

Though some marginal water tiding, re-spined, and the chewing of a mouse at the bottom edge, this copy is quite desirable coming from Wills himself.