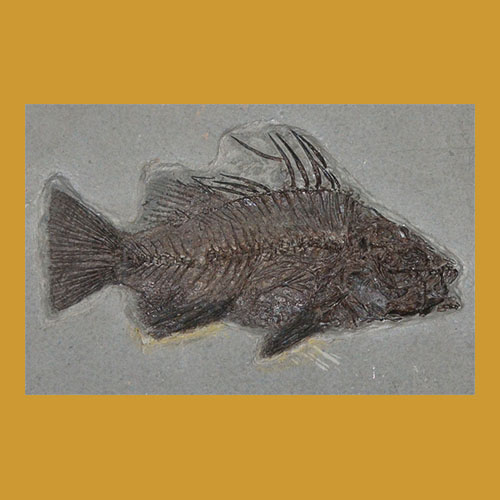 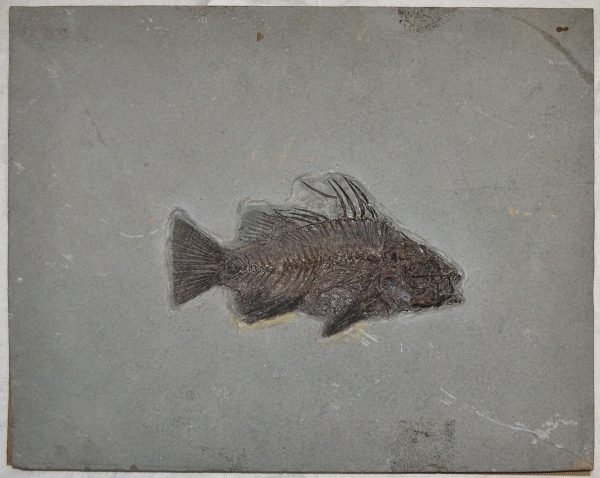 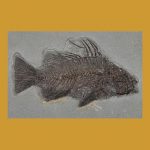 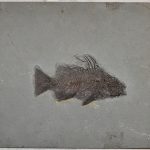 From the Eocene Era, this fossil comes from the world famous Laggerstatten (from German for “place of storage”), Green River Formation in Wyoming. Most of the fish fossils from the area are rather well preserved; however this one is of exceptionally high quality.

Based on the fossil record, the area was sub-tropical to temperate during the Eocene period, with dips at times into colder temperatures.  Over 50 different vertebrae have been unearthed in this area; including crocodiles, boa constrictors and various birds species. It is also the site where the oldest flying mammal was discovered. The bat fossil was well-preserved, with bones and cartilage intact, as well as food remaining in the stomach. Many invertebrates and plants have surfaced there as well.

Fish fossils from The Green River area are often in remarkable condition. The soft-tissue preservation observed at the site is a big part of it’s mystique.  This is largely thanks to two factors. The cold periods during the Eocene would cause dead fish to sink (and not float) because the swim bladder would be under inflated in colder water; also, the water pressure exerted by the depth of the lakes (over 7000 feet) coupled with the water’s low oxygen content would prevent most scavengers from venturing near, so the carcasses remained undisturbed.