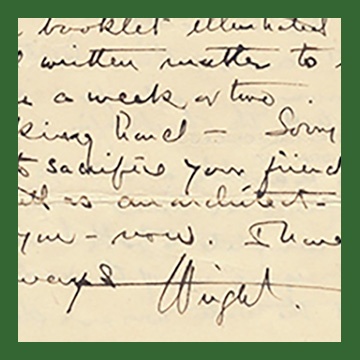 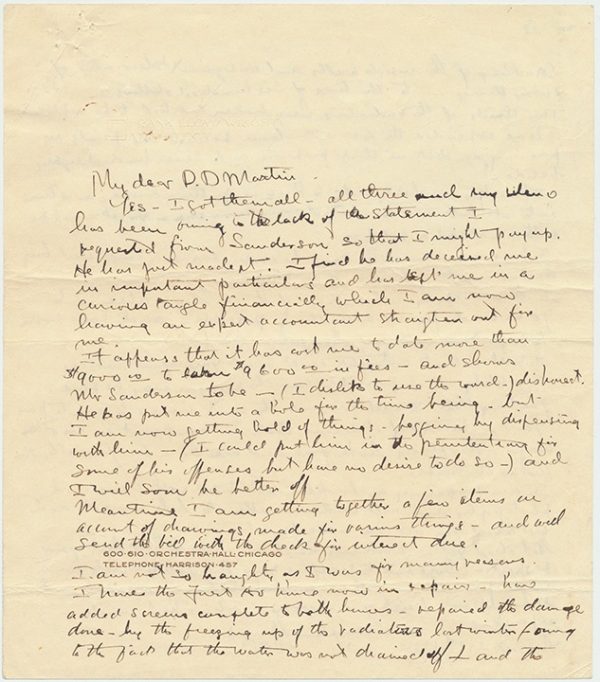 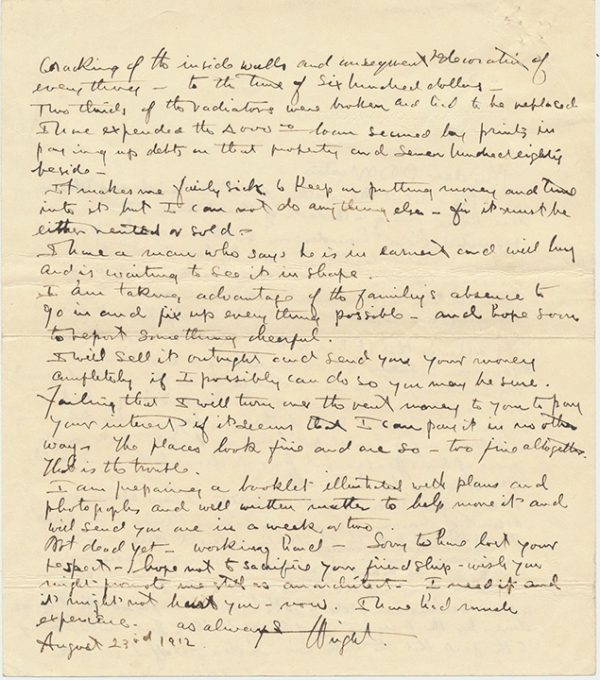 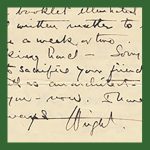 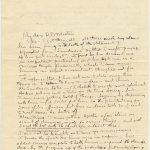 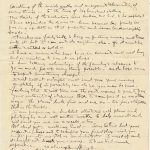 “Not Dead Yet–Working Hard–
Sorry to Have Lost Your Respect….”

Frank Lloyd Wright writes of a Mr. Sanderson, who “has deceived me in important particulars and has kept me in a curious tangle financially which I am now having an expert account straighten out fir (sic) me–I could put him in the penitentiary fir some of his offences but have no desire to do  so.”

Speaking of a house he owns, Wright goes on to say, “I am not so haughty as I was fir many reasons–I have expanded the $4000.00 loan secured by prints in paying up debts on that property–it makes me  fairly sick to keep on putting money and time into it.”

He tells Martin, to whom he obviously owes money, that “I will sell it outright and send you your money completely if I can possibly do so–Failing that I will turn over the rent money to you to pay your interest/ I am preparing a booklet illustrated with plans and photographs and well written matter to help move it.” Not dead yet–Working hard–Sorry to have lost your respect.  I hope not to sacrifice your friendship.  Wish you might promote me still as an architect.  I need it and it might not hurt you–now.  I have had much experience.”

D. D. Martin is no doubt the owner of the Martin House in Buffalo, New York. It is considered one of FLW’s best works.