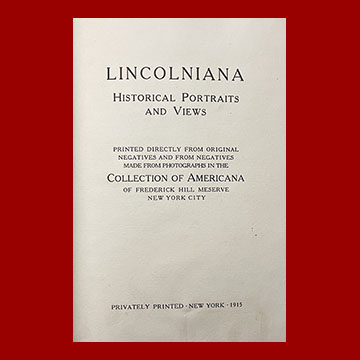 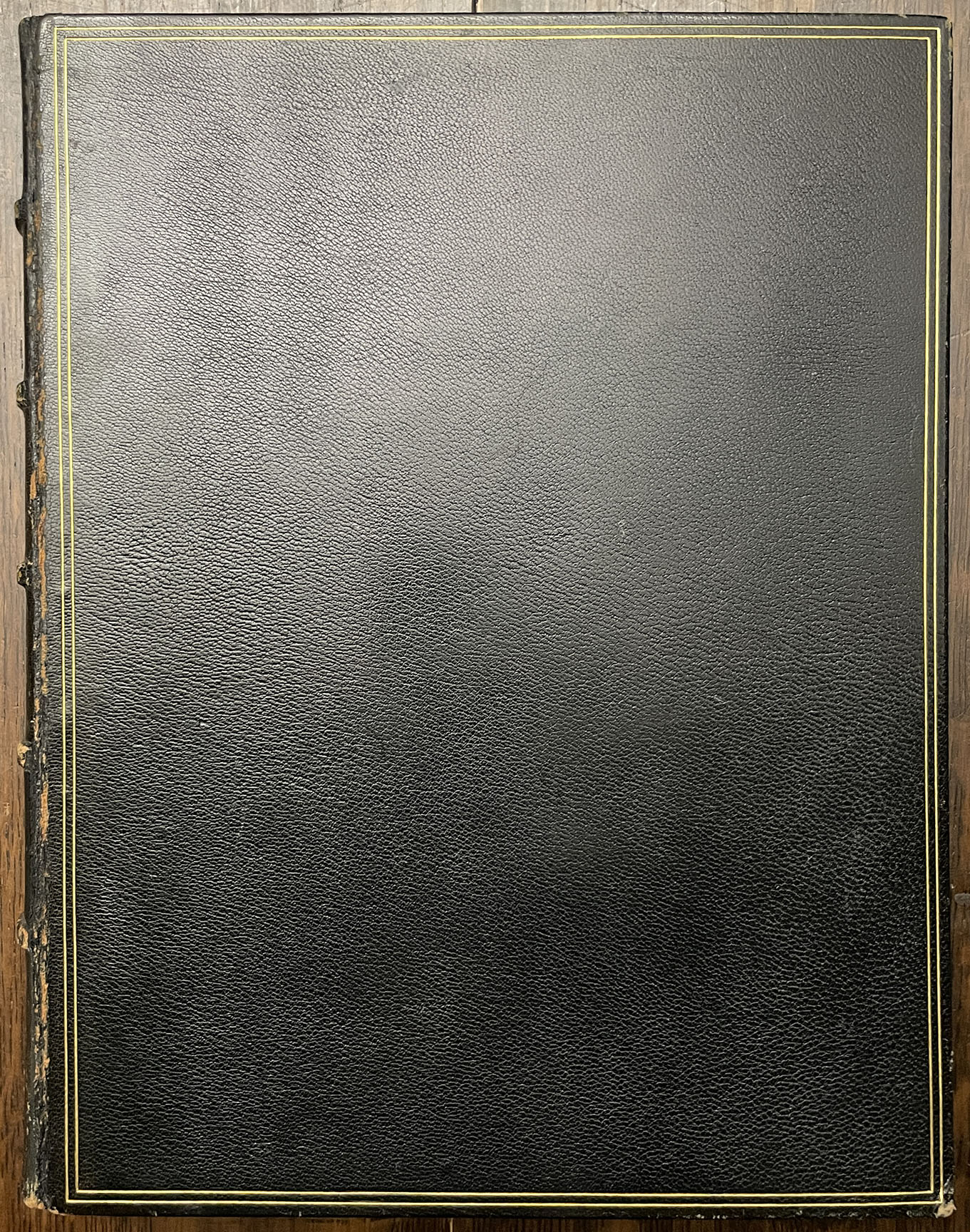 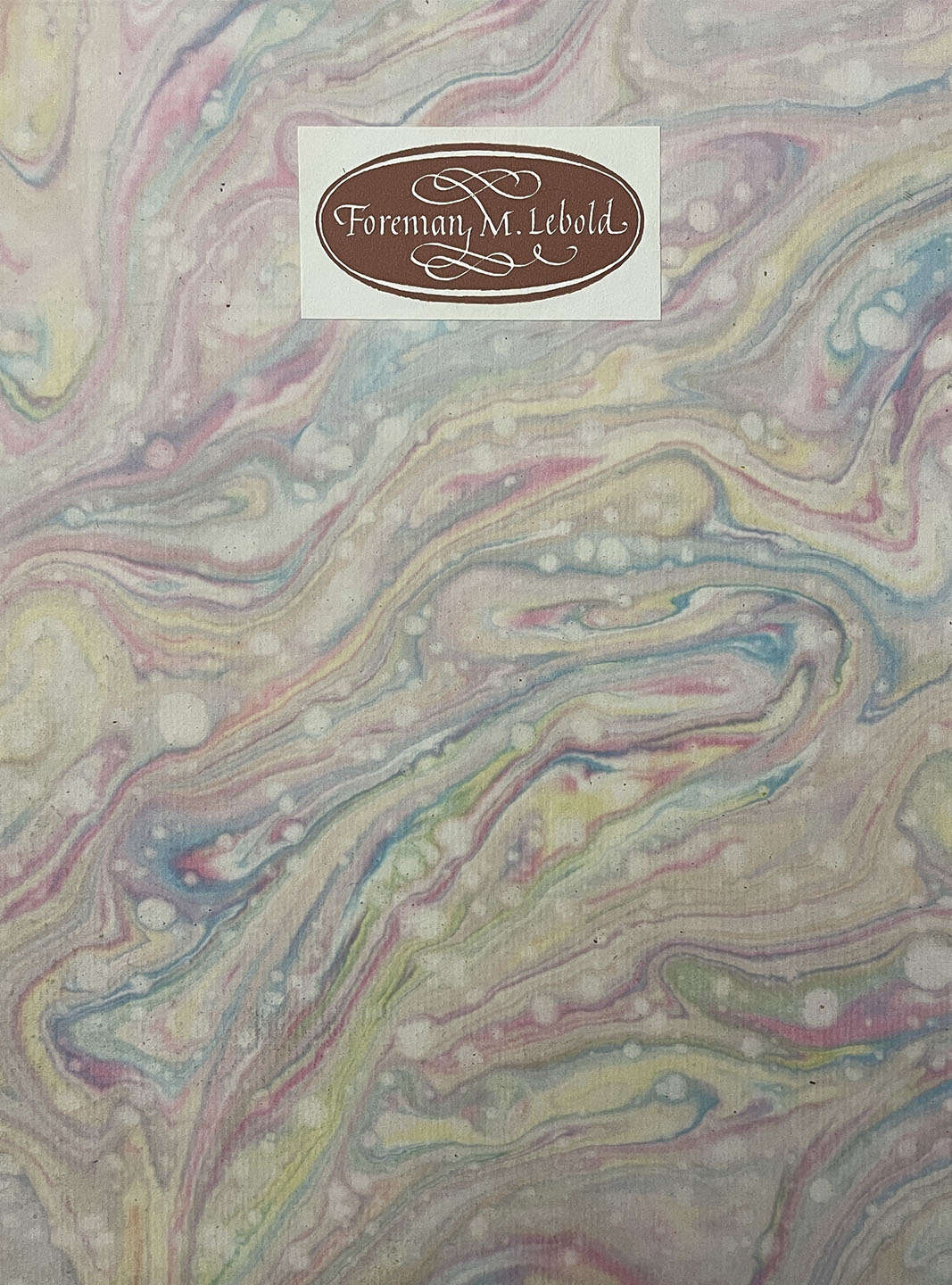 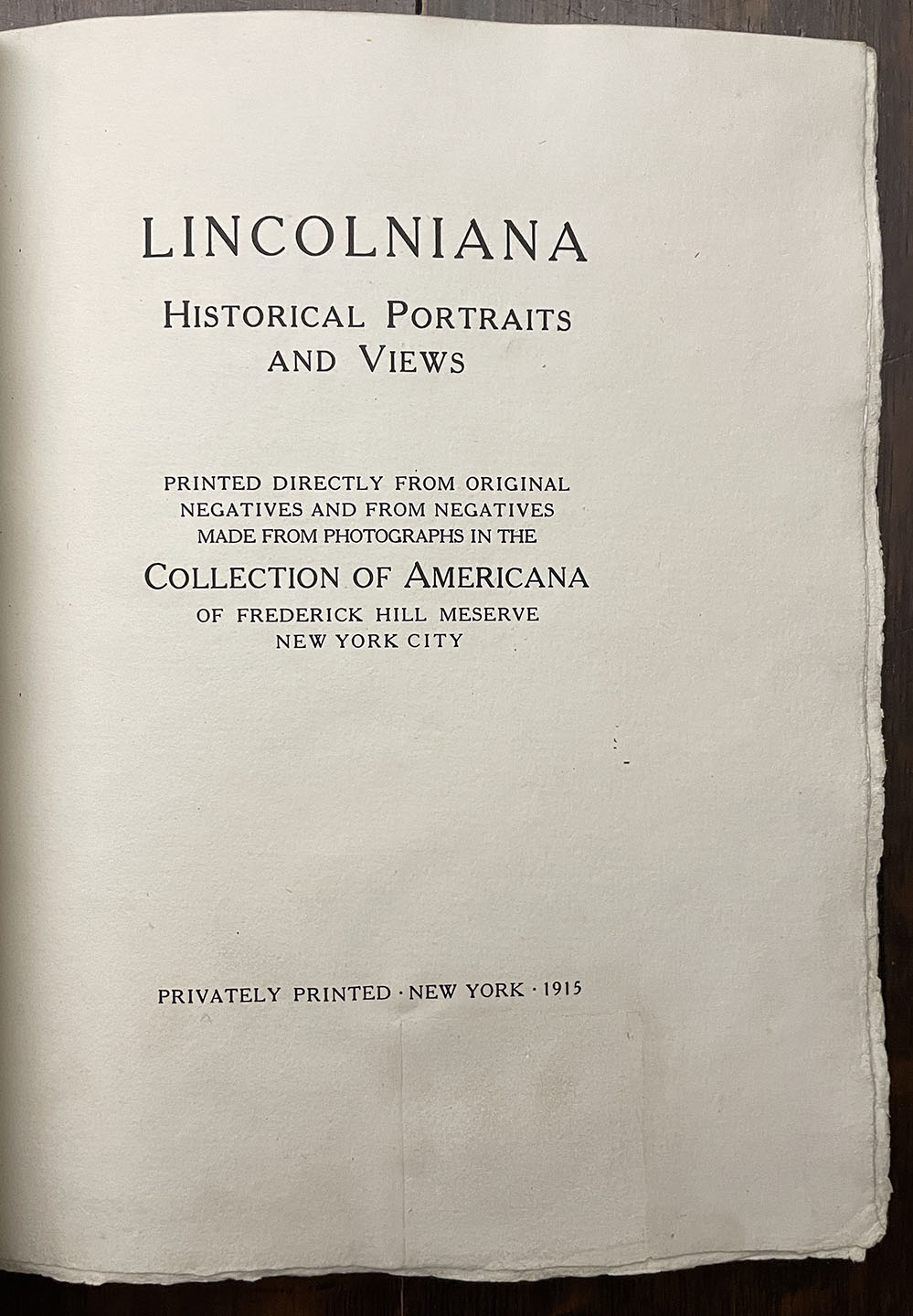 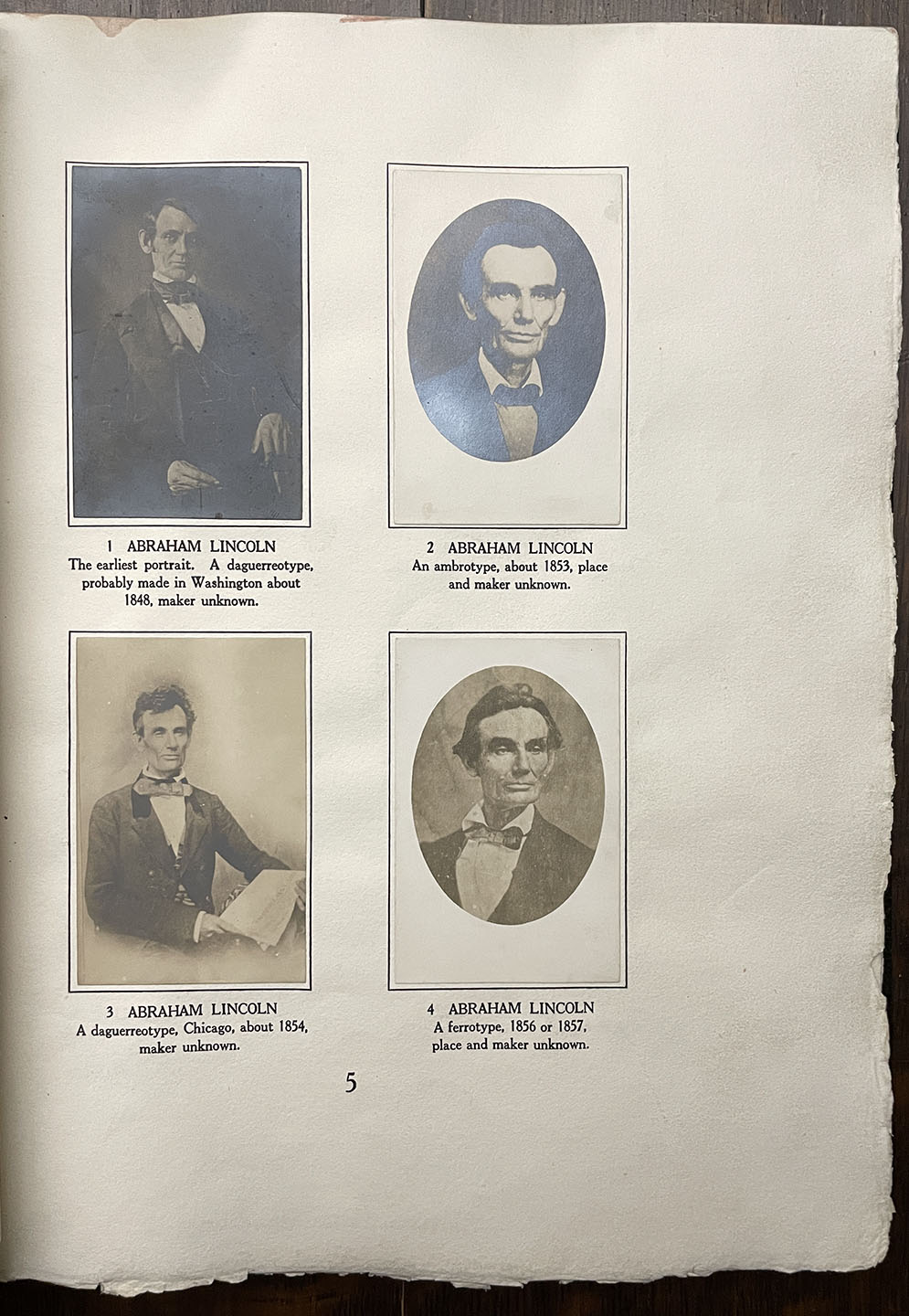 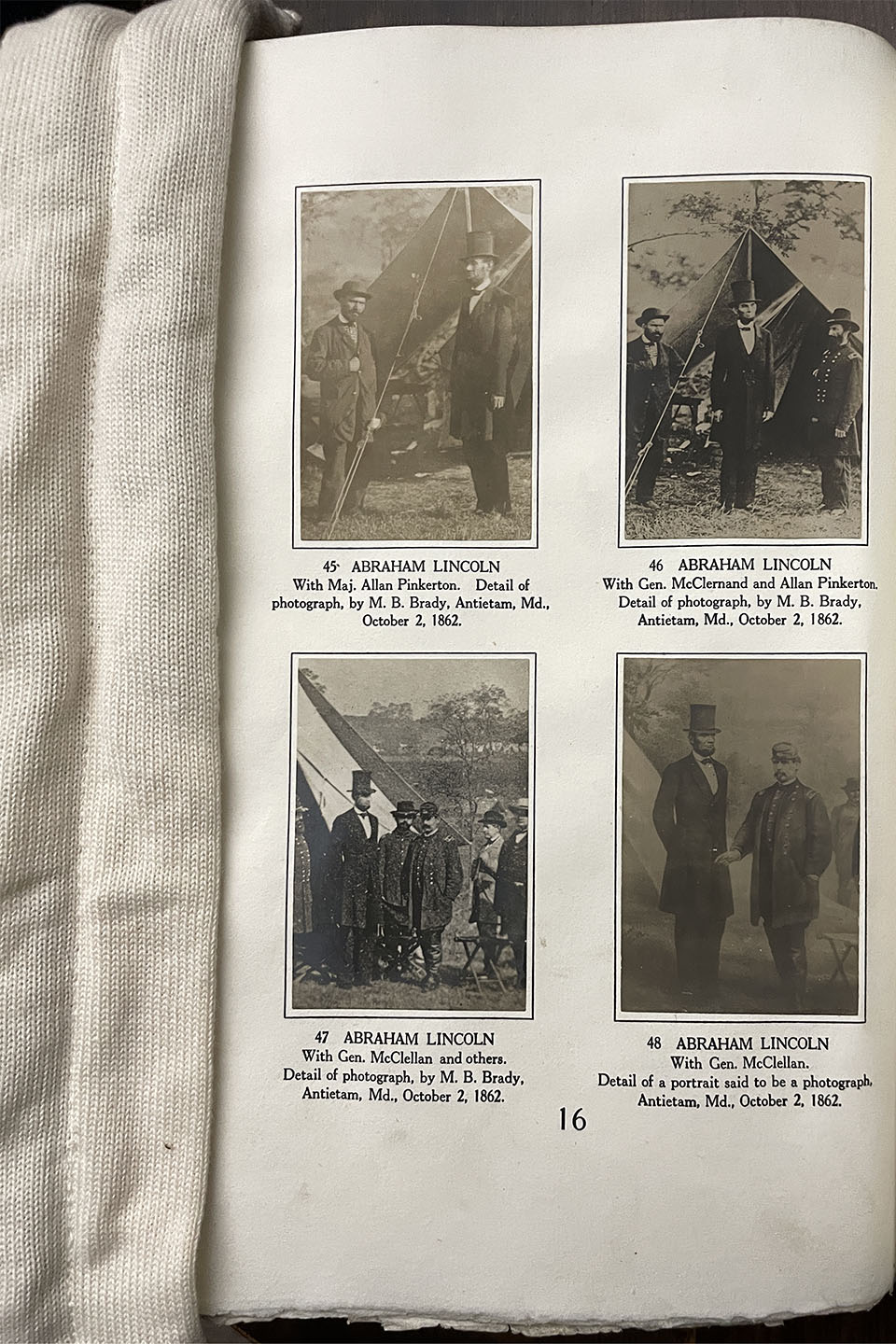 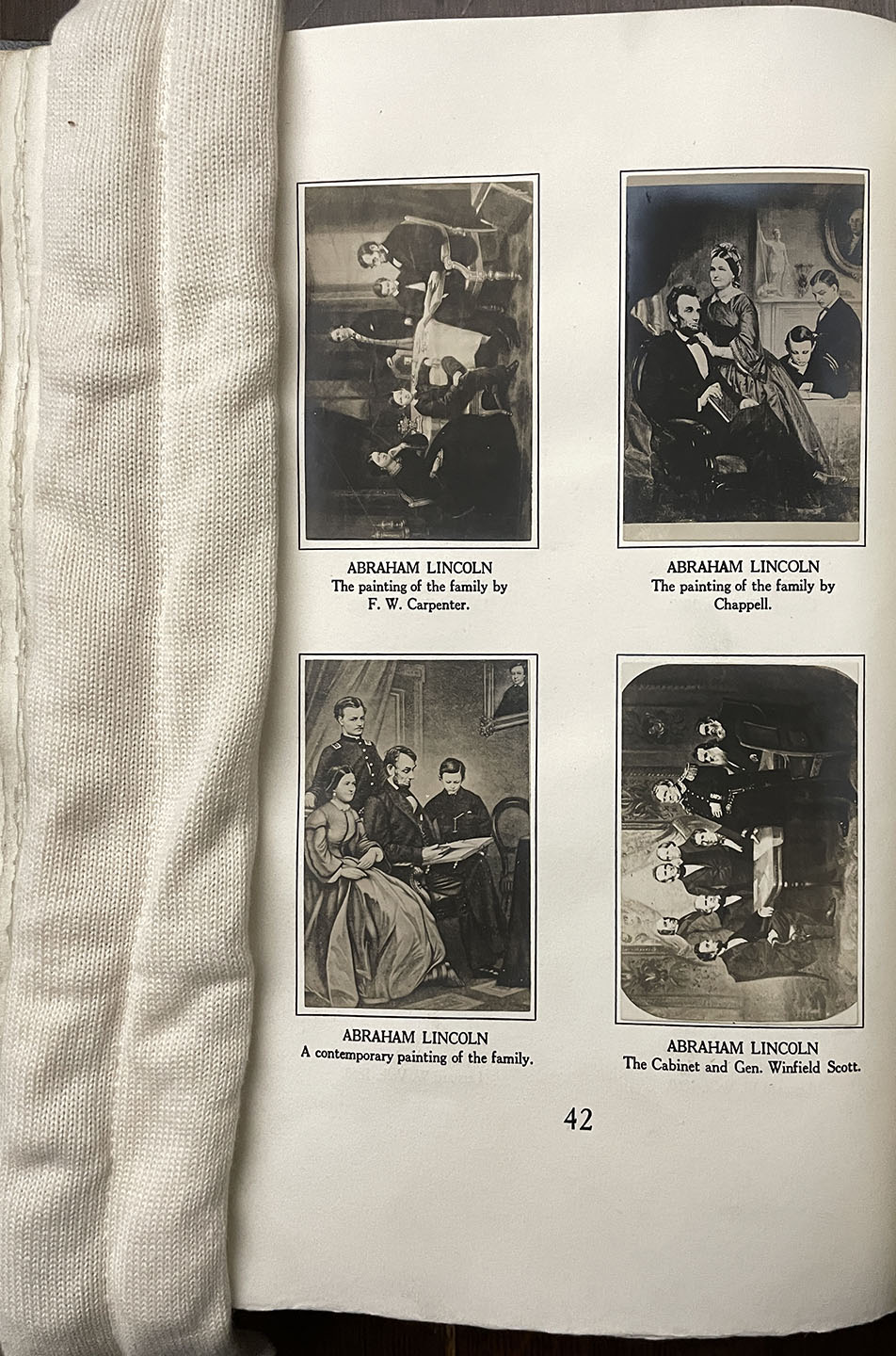 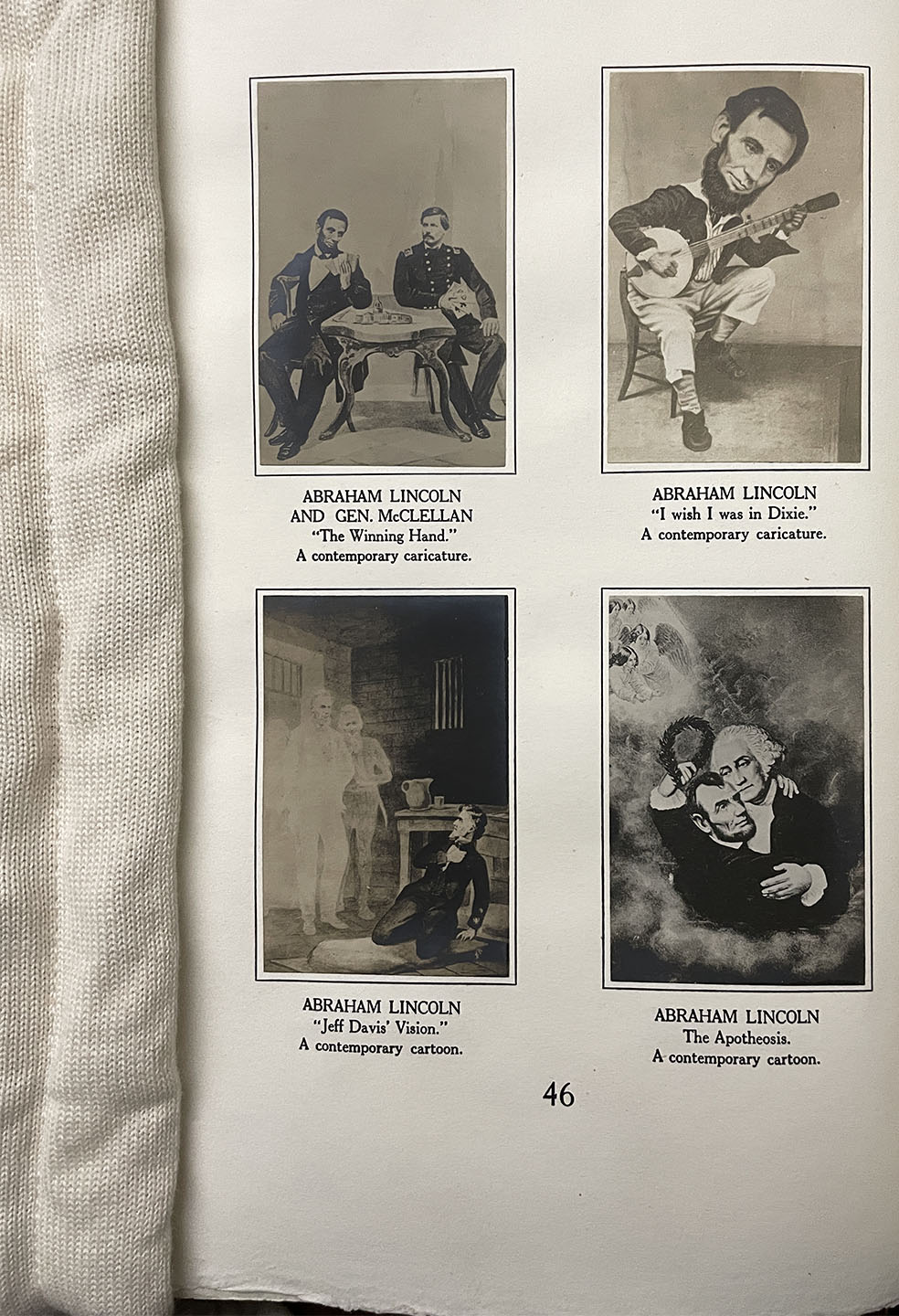 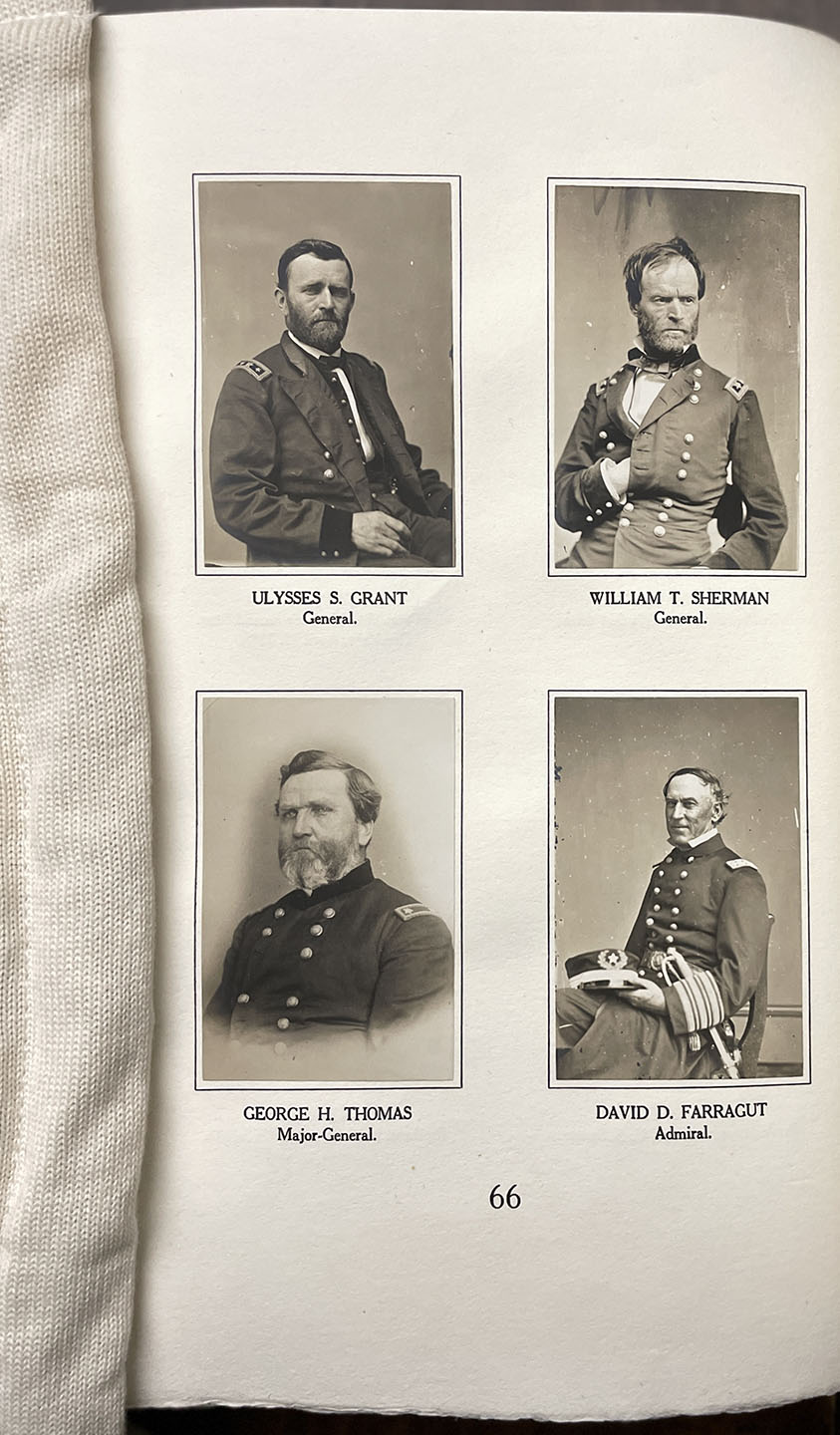 Meserve was considered the preeminent historian of the photographs of Lincoln and one of America’s premier Lincoln collectors, beginning before 1900.  He acquired Matthew B. Brady’s negatives, housed in 24 wooden crates, in 1902 – from which the carte-de-visite images within came.  His negative collection is now housed in the Library of Congress.  Meserve himself put together this album.

Provenance: Foreman M. Lebold (bookplate); Sold at Sotheby’s, Philip D. L. Sang sale, 27 March 1985; again sold by Abraham Lincoln Book Shop privately in 1999.  FIRST EDITION, one of a very few privately printed copies; Monaghan’s LINCOLN BIBLIOGRAPHY 1809-1838 states that a “letter of compiler to Henry Horner, 14 November 1938, lists 16 copies.”  Henry Horner was governor of Illinois from January 1933 until his death in October of 1940. He was in his second term as governor. His Lincoln collection was the foundation of the Illinois State Historical Library. Of this item, Howes also lists only 16 copies printed. This is the only copy to ever sell at auction.

Foreman Lebold had acquired a large collection of Americana, which was dispersed after his passing. Lebold was the younger brother of the infamous murderer Nathan Leopold, changing his name to Lebold to put an arms-length between him and that trial and conviction of his brother.