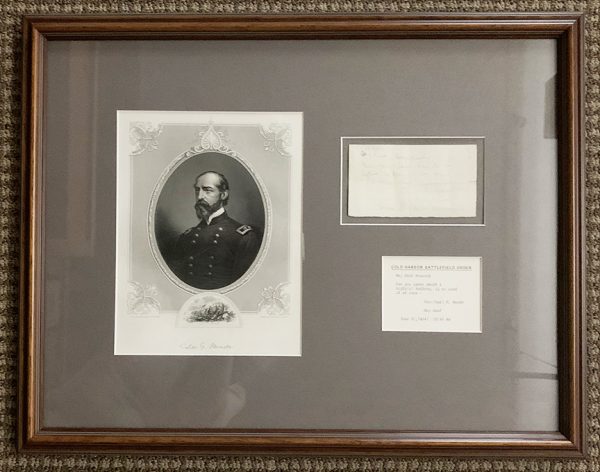 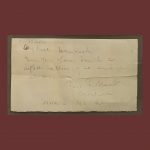 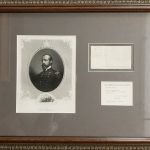 Meade, During the Darkest Hour for the Army of the Potomac

Major General George Gordon Meade wrote this autograph note, signed to Major General Winfield Scott Hancock on the field of battle at Cold Harbor. “Maj Genl Hancock Can you spare Smith a rifle (e) battery, if so please send it at once. Geo. G. Meade Maj Genl June 3 10:45 am”

This remarkable little note documents one of the most crucial and heartbreaking moments of the Union disaster at Cold Harbor, on the morning that 7,000 Union soldiers fell within twenty minutes while assaulting Lee’s lines. By this hour the deed was done, and the area between the lines was littered with dead and wounded. Under standing orders from Grant to renew the attack if he thought it could succeed, Meade searched around for reinforcements to send to Major General William F. Smith, commander of the XVIII Corps. Meade considered sending a brigade of infantry from General Hancock’s II Corps, on the army’s left, to Smith on the right. As the note demonstrates Meade was also ready to send Smith a battery of rifled cannons.

During these trying hours at Cold Harbor General Grant stood nearby carefully observing his subordinate Meade as he scrambled to organize another attack, and then decide whether to order it forward. At about 12:30 Grant authorized Meade to call off the attack, citing the opposition of Corps commanders Smith, Hancock and Major General Horatio Wright of the VI Corps. Meade’s attempt to order artillery from Hancock’s front to Smith’s during the terrifying moment of decision gives this note a sense of compelling historical immediacy.

As it was, the morning of June 3, 1864 at Cold Harbor was among the darkest hours in the history of the Army of the Potomac.