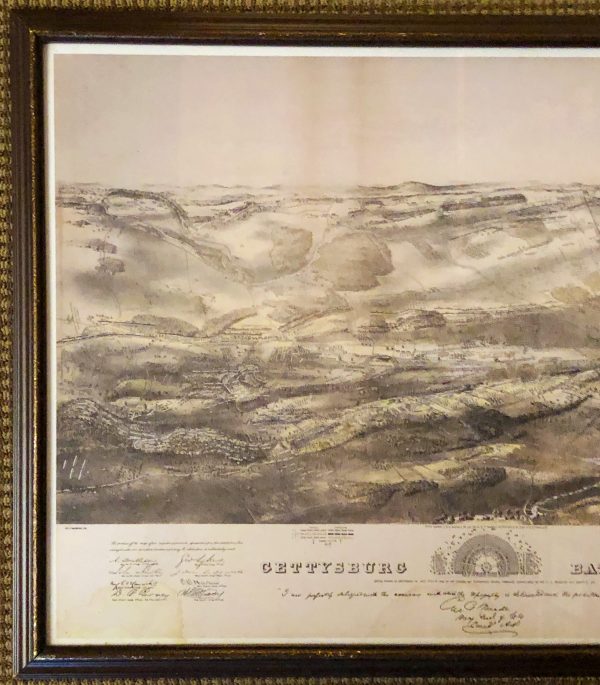 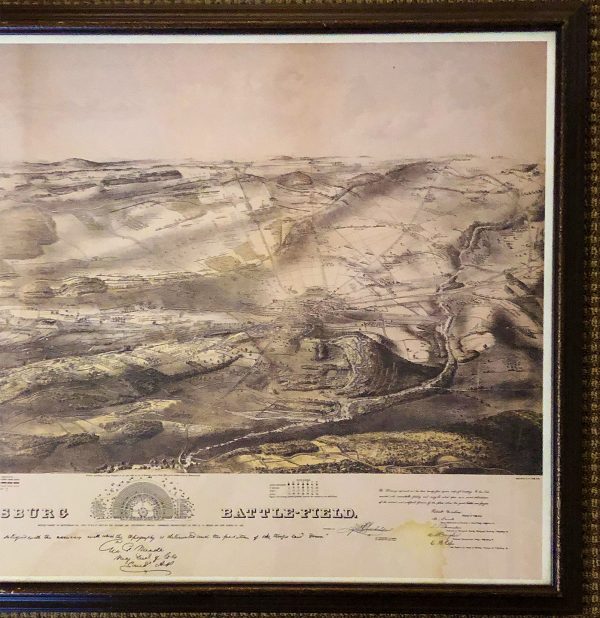 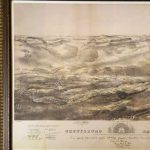 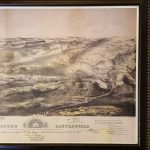 The Most Attractive Battlefield Map Produced During the War

John Bachelder’s Gettysburg Battle-Field lithograph is certainly the most famous Gettysburg Battlefield print. It is still regarded as a superior rendering of the battleground, topography, and troop dispositions for both companies and regiments.

Bachelder had been commissioned by the Army to produce a topographical map with a grid, to accompany a booklet that listed the units according to their position on that grid. The second rendering was the same, but without the grid. Both were in black and white and a bit smaller in size. Bachelder was then given permission to commercially produce the print, which he sized up to add clouds and other details, and had each hand colored. Bachelder obtained endorsements of this work from many of the participating Union officers, e.g. Doubleday, Hancock, Howard, Sykes, Sedgwick, and Warren “ whose signatures are placed in facsimile below the print. Chief among these, and dominating the lower border, is an endorsement from commanding general, George G. Meade, stating, “I am perfectly satisfied with the accuracy with which the typography is delineated and the position of the troops laid out.” Besides the locations of units and their commanders, there are creeks, roads, bridges, fences, houses and their owners’ names, and places where key officers were killed, wounded, or taken prisoner.

These are hand-colored so each copy of this print is different. This one has an overall more earthy tone to the print. It is the only one we have ever seen with this tone.