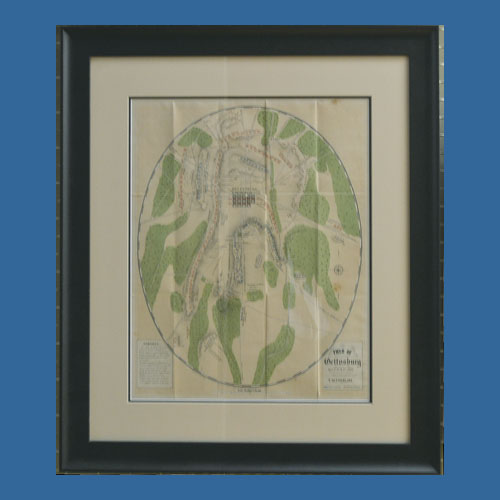 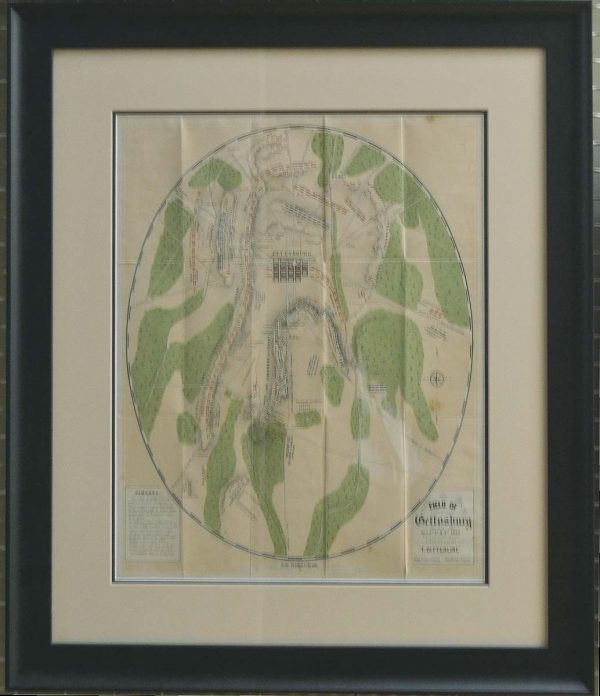 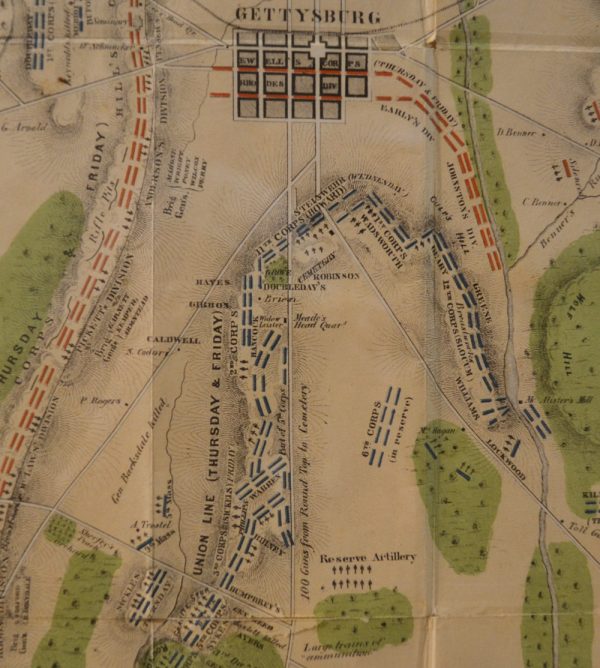 Theordore Ditterline’s Gettysburg Battlefield Map, was first commercially-printed map of the battle. It was released within three months!

This Gettysburg map is extraordinary in that it was available to the public a mere three months after the battle.  It is considered the First Map of the Gettysburg Battlefield.

This oval-shaped map depicts troop and artillery positions; hills and other topographic features indicated by line shading or “hachure;” drainage roads; railroads; and houses with names of residents. Union forces are marked in blue, Confederate forces in red.

Commonly attributed to Theodore Ditterline it is certainly scarcer than that of John Bachelder’s better-known “Topographical” print. The two are the only two commercial maps published in the very year of the battle itself. Ditterline’s map was praised by publisher George Childs of the Philadelphia Public Ledger in an October 23, 1863 announcement that expressed his high opinion of the map, “which is shared by several officers in the battle” — (Final Report of the Gettysburg Battle-field Commission).