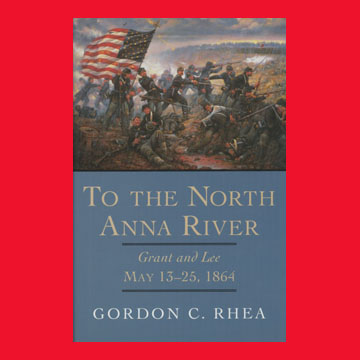 Rhea’s To The North Anna River
Volume 3 in his Overland Series!

Rhea resumes his spectacular narrative of the initial campaign between Grant and Lee in the spring of 1864. May 13 through 25th was critical in the clash between North and South. During those 13 days – an interlude bracketed by horrific battles that riveted the public’s attention – a game of guile and endurance between Grant and Lee escalated into a suspenseful draw on Virginia’s North Anna River.