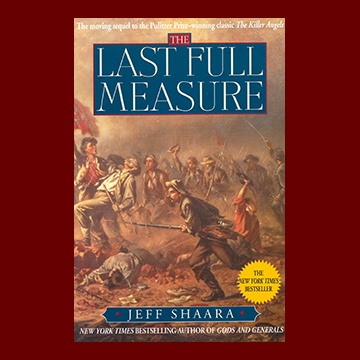 A Moving Sequel to The Killer Angels

In the classic The Killer Angels, Michael Shaara created the finest Civil War novel of our time, an enduring bestseller. In Gods and Generals, Shaara’s son, Jeff, told the epic story of the events leading up to Gettysburg in a bestseller of his own. Now, Jeff Shaara brings this father-son trilogy to its conclusion by focusing on Lee, Grant, and Joshua L. Chamberlain.

Battle by staggering battle, Shaara dramatizes the escalating confrontation between Lee and Grant, two complicated, heroic, and deeply troubled men. From the bloody Battle of the Wilderness through the agonizing siege of Petersburg to Lee’s epoch-making surrender at Appomattox, Shaara portrays the riveting conclusion of the War through the minds and hearts of the individuals who gave their last full measure.