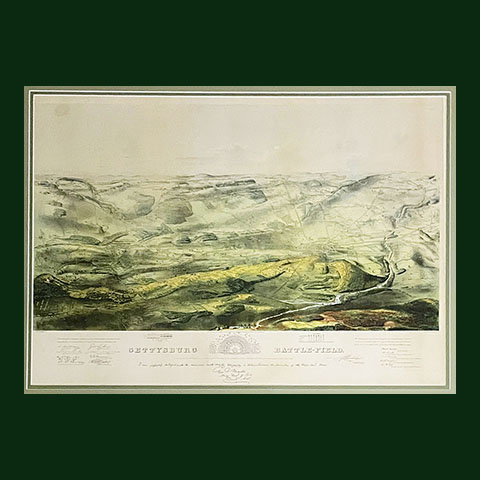 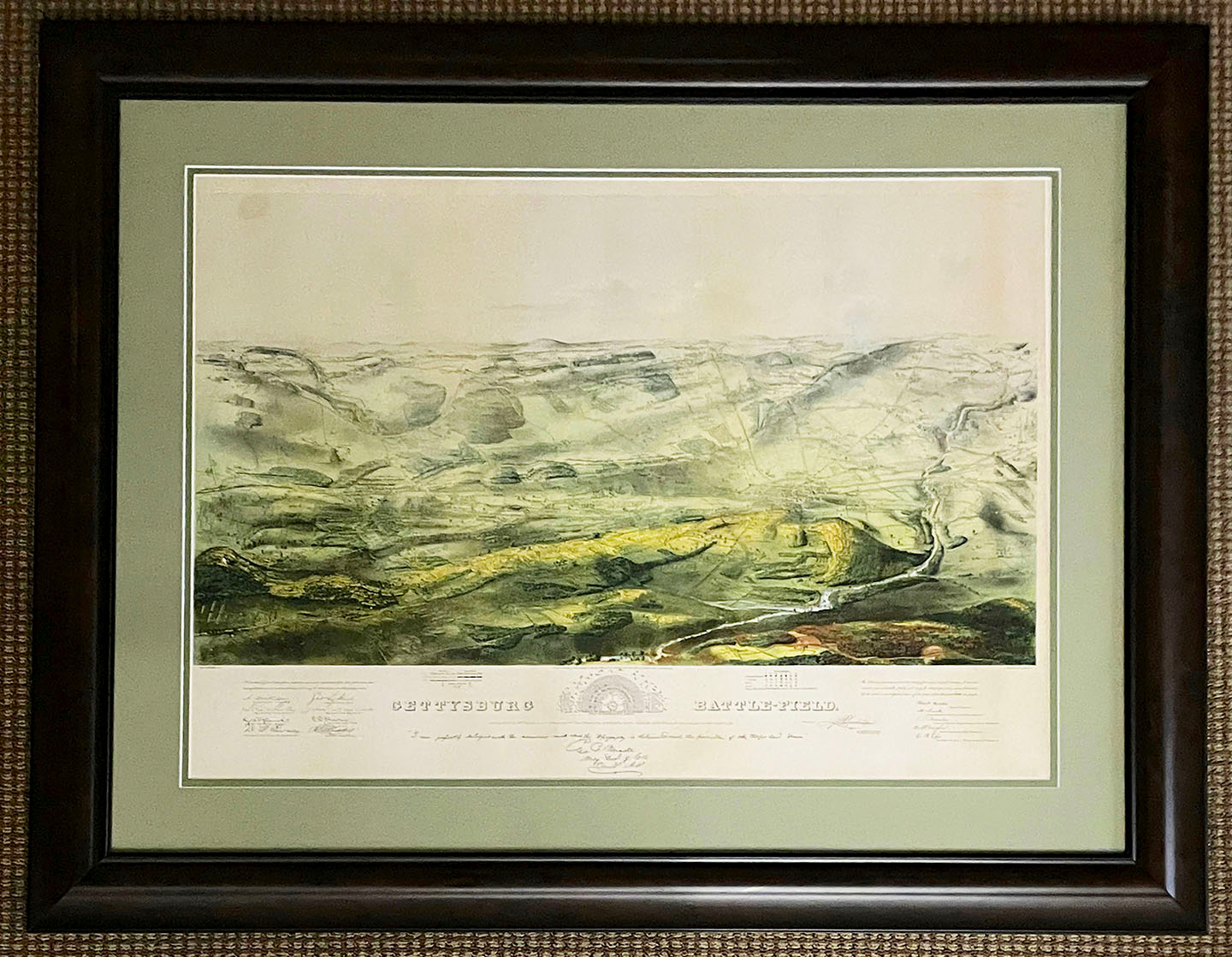 Created the Same Year as the Battle – An Excellent Example

John Bachelder’s Gettysburg Battle-field print is certainly, the most famous Gettysburg print. It is still regarded as a superior rendering of the battleground, topography, and regimental and brigade troop dispositions for both sides and for each of the 3 days of battle.  Besides the unit locations, there are creeks, roads, bridges, fences, houses with their owners’ names, taverns, mills, and places where key officers were killed, wounded, or taken prisoner.

The view simultaneously depicts all the three days of battle (July 1st, 2nd, and 3rd). Each day is coded with different colors for the Federal and Confederate troops, as indicated in the lower-left margin. Corps badges indicate the division of troops and the commanders of each, while numbers preceding corps badges denote the different Federal Brigades.

We feel this one to be a superior Bachelder map in that the subtle coloring truly enhances the topographical details for which the map was produced in the first place.  The Color Key for regiment placements also seem to stand out more against the varying hues of the dominant green tinting.

Bachelder had been commissioned by the Army to produce a topographical map with a grid, to accompany a pamphlet that listed the units according to their position on that grid.  The second rendering was the same, but without the grid.  Both were in black and white and a bit smaller in size.

Bachelder was then given permission to commercially produce the print, which he sized up to add his “signature” clouds and other details, and had many hand-colored (this shop has recognized four different colorists).  He obtained endorsements of this work from many of the participating Union officers, e.g. Doubleday, Hancock, Howard, Sykes, Sedgwick, and Warren – whose signatures are placed in facsimile below the print.  Chief among these, and dominating the lower border, is an endorsement from commanding general George G. Meade stating, “I am perfectly satisfied with the accuracy with which the typography is delineated and the position of the troops laid out.”

As with most maps and lithographs of the period, there are two vertical acid lines produced by the wood originally placed as backing.  Also common are a couple of small wood knot hole stains, but both in the cloud area.  A very small hole in the map itself with no loss of information.  Beautifully Framed!! Photographed through the glass, much nicer in person.