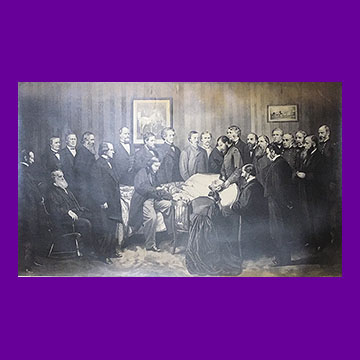 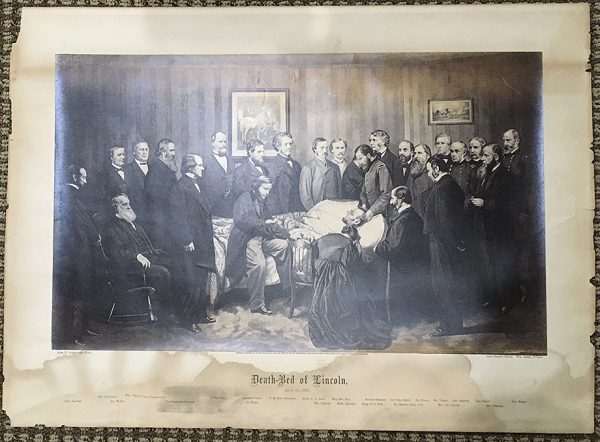 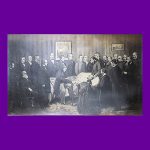 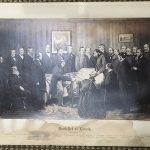 John Littlefield’s Death-Bed of Lincoln, photographic adaptation of his painting.

Littlefield began studying law under Lincoln in 1858, after previously being a design painter in the carriage trade.  With Lincoln’s nomination, he began to stump the state on his behalf, making over 60 speeches; and in 1862 he was given a place in the Treasury Department.

After the assassination, Littlefield conceived the idea of a painting depicting the death-bed scene. He completed and copyrighted it in 1865, using photographs to created the images of the visitors to Lincoln’s deathbed. The painting was then photographed by Goldin. The mount identifies each of the 25 eyewitnesses who are crowded into the “rubber room” at the Peterson House.  The profile of Lincoln shows the first-hand knowledge he had gained from years with the president.

Small tears and chips of the right and left extremities; extensive water stain of the lower mount; but the photograph itself is excellent and clear, save for a light discoloration along the top (above the figures) and a small water migration at the very bottom (below the figures), which does not hinder reading the title and key.

Quite scarce and certainly desirable.