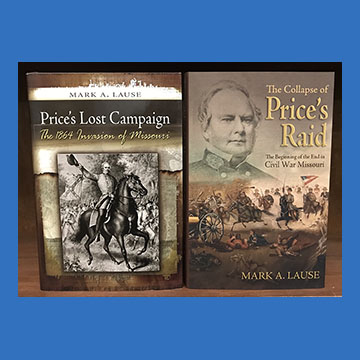 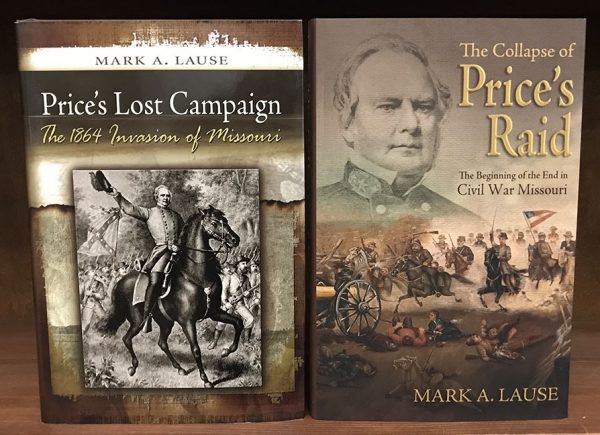 With Price’s Lost Campaign and The Collapse of Price’s Raid Mark A. Lause has produced the first-ever multi volume treatment of the Quixotic military campaign that sealed the fate of the Confederacy in the Trans-Mississippi west.

In the fall of 1864, during the last brutal months of the Civil War, the Confederates made one final, desperate attempt to rampage through the Shenandoah Valley, Tennessee, and Missouri. Price’s Raid was the common name for the Missouri campaign led by General Sterling Price. Involving tens of thousands of armed men, the Price’s Raid has too long remained unexamined by a large-scale modern study. Lause provides keen insights on the problems encountered during the campaign and the myths propagated about it.

In Price’s Lost Campaign Lause examines the seeds of the idea for Price’s Raid, defines the true objective, and follows the Confederates on their failed attempts at the political overthrow of the Missouri government through the capture of St. Louis or Jefferson City. He also introduces a well-known Union general in an almost unknown role, exiled Major General William S. Rosecrans as the beleaguered commander of the Department of Missouri.

In The Collapse of Price’s Raid Lause identifies Price’s meager successes in trying to incite a popular pro-Confederate uprising in Missouri. He then introduces the compelling characters of Samuel Ryan Curtis and James Blunt before analyzing the series of battles–Independence, Westport, and Mine Creek–where the Federals crushed and dispersed the Confederate army as they fled, exhausted, to Texas. These two volumes are a must-have for any reader interested in the Civil War in the Trans-Mississippi.

As new, in dust jacket. Both volumes signed on bookplate.