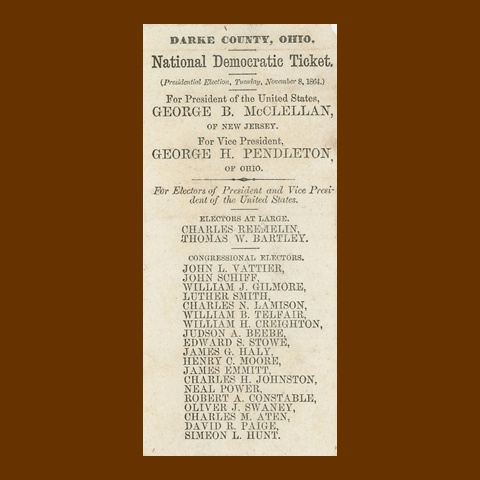 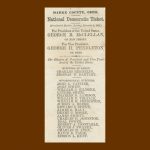 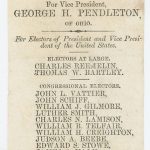 In 1864, the Democrats were divided into War Democrats and Peace Democrats. Consequently, they sought a strong candidate who could unify the party. They compromised and  nominated pro-war General George B. McClellan for president and anti-war Representative George H. Pendleton for vice-president.

The electoral ticket illustrates that choice; McClellan and Pendleton, for the Office of the President and Vice President, respectively. Listed are the electors at large and the congressional electors.