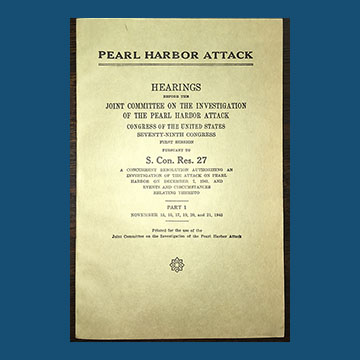 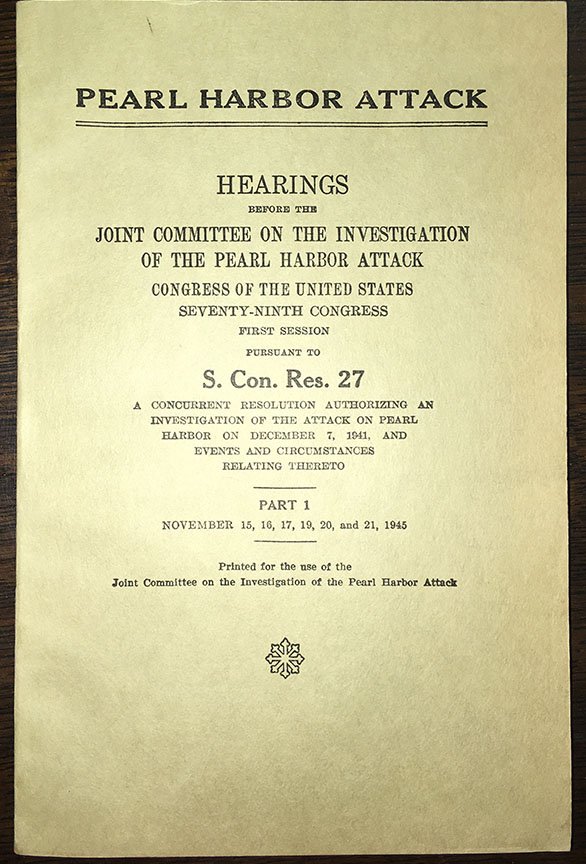 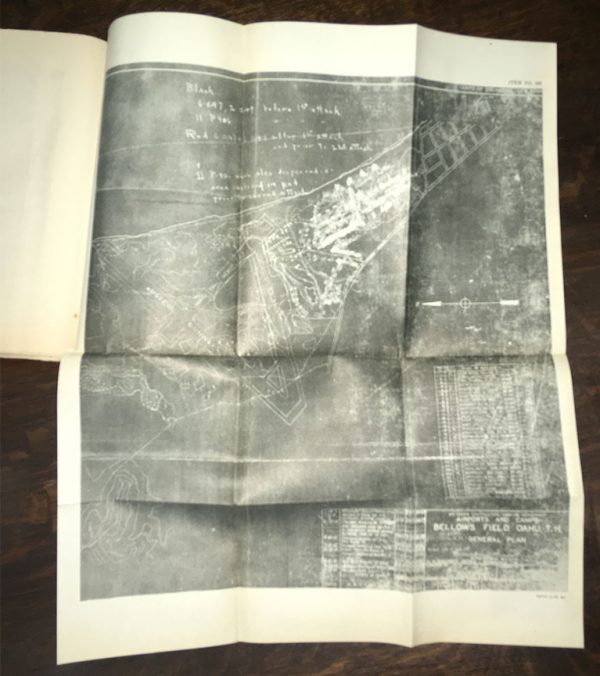 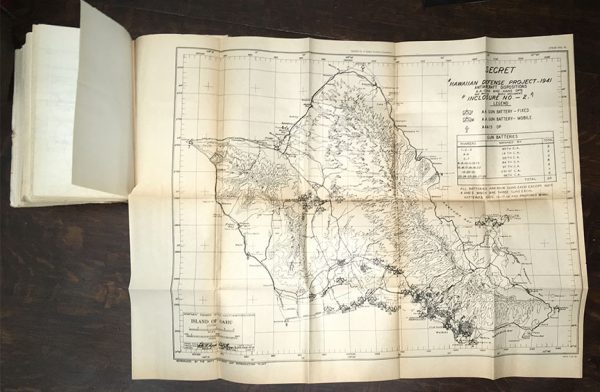 Pearl Harbor, Hearings Before the Joint Committee on the Investigation…., 1st ed., 39 vols.

A Scarce, Primary Source on
“The Day of Infamy”

The attack on Pearl Harbor stunned the American public. In September 1945, The Pearl Harbor Committee launched their investigation. This Committee was established to “make a full and complete investigation of the facts relating to the events circumstances leading up to or following the attack.”

Chaired by Democratic Senator Alben Barkley (later Truman’s VP), and consisting of five senators and five representatives, three from each party, this inquiry promised to be the most thorough possible, as the  Truman administration released all of the relevant classified documents, including the “magic” translations. The committee held hearings from 15 November 1845 to 20 February 1946; took testimony from 39 witnesses, including all the participants still alive (with the exception of the seriously ill Secretary of War Stimson). The result comprised  almost 14,000 pages.

The Committee officially determined twelve findings that apportioned the blame among all the principals:  all Hawaiian area commanders and the War and Navy Departments.  A minority, and often overlooked, report also censured President Roosevelt but concluded, like the majority findings, that Secretary Stimson, Generals Marshall and Gerow, and  Admiral Stark as well as General Short and Admiral Kimmel, were culpable for the disaster.

While it was hoped that the investigations would finally determine who was responsible, the controversy still  continues.  As one of Admiral Kimmel’s lawyers wrote to him in 1953: “Pearl Harbor never dies, and no living person has seen the end of it.”

In uncommonly excellent condition; lt. stains, foxing, and edgewear on a few of the volumes.