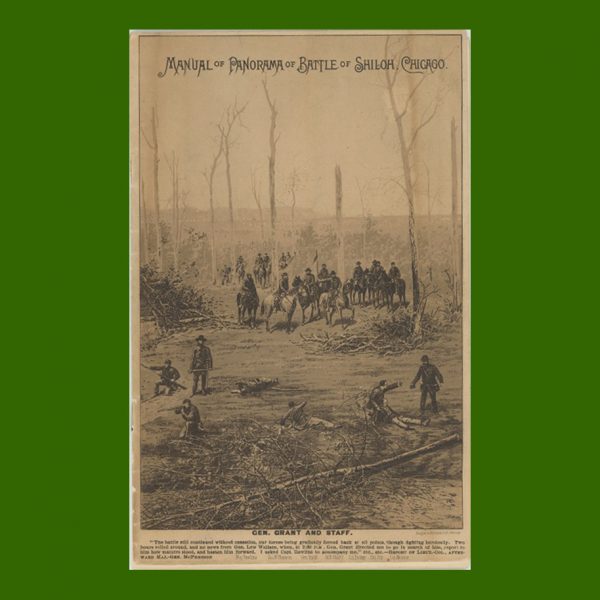 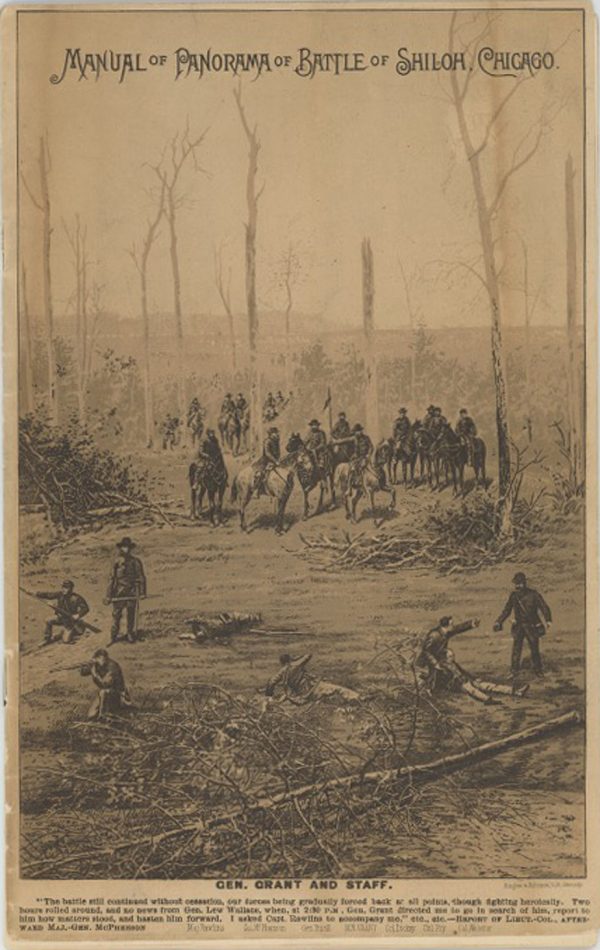 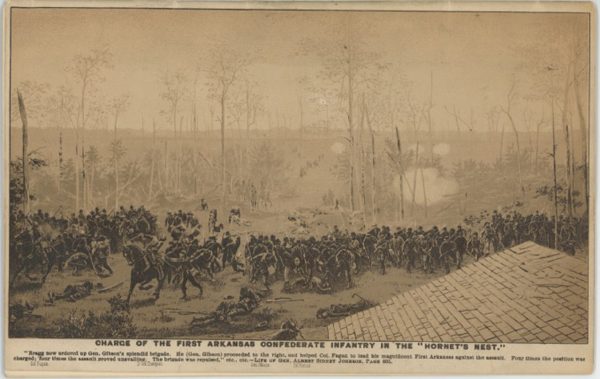 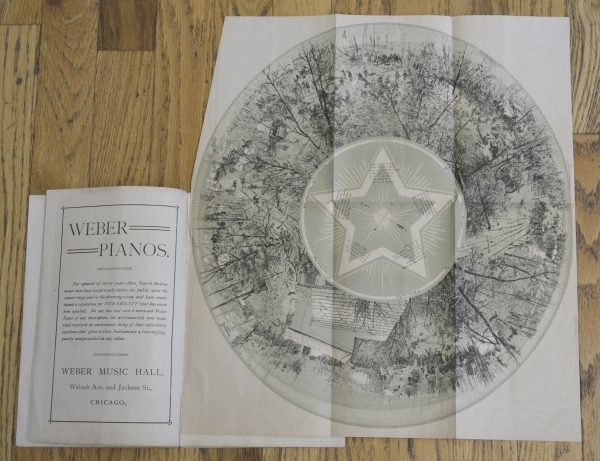 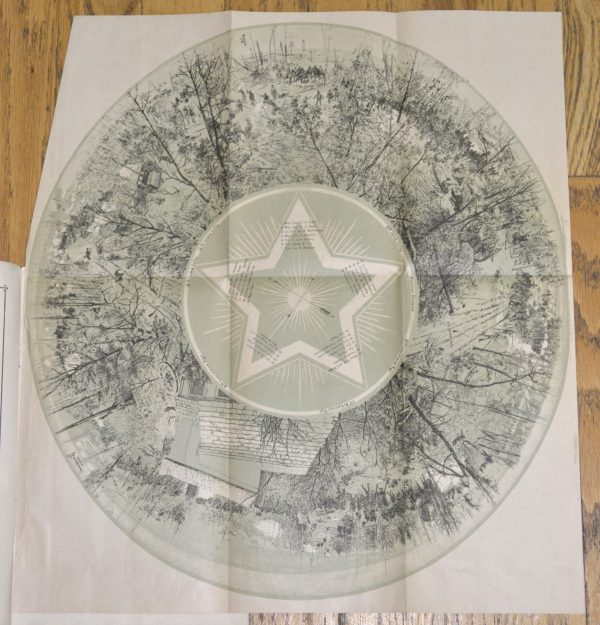 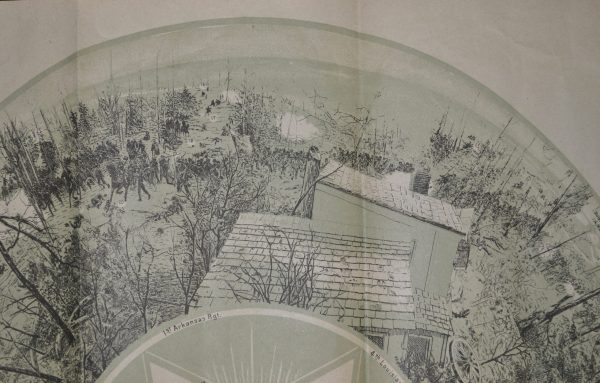 Shiloh Manual of Panorama of Battle of Shiloh Pamphlet

Manual of Panorama of  Battle of Shiloh; this pamphlet, complete with folding diagram, interprets the Battle of Shiloh Panorama exhibit on Chicago’s North Michigan Avenue in the late summer of 1885.

Designed by internationally renowned panorama artist Theophile Poilpot, the Shiloh Panorama was just one of several similarly magnificent works of art displayed to huge crowds at the time. Panoramas were often accompanied by live narration by some noted individual.

Thousands of visitors to the Shiloh painting heard the battle narrated by former Union General Benjamin M. Prentiss, the commander of some of the troops portrayed defending the Hornets Nest in the painting. This public portrayal of the Hornets Nest, narrated by the famed defender of the position, and presented after the death of U. S. Grant, helped to cement in public consciousness the idea that the defense of the Union center was the most important aspect of the Union victory, and that Prentiss and his troops had “saved Grant’s army” at Shiloh–a perception of the battle that continues into the twenty-first century.

Many of the thousands who marveled at Poilpot’s breathtaking scene walked away with this descriptive pamphlet. The fifteen page pamphlet includes a minutely detailed folding diagram of the painting, along with introductory material and an interpretive essay by noted Shiloh veteran and historian Lucien B. Crooker. The engravings included by publisher by A. T. Andreas are vivid, and the folding diagram provides the best descriptive evidence of an important work of art that is evidently no longer extant.

Out of wrappers with approximately 3″ cracks at spine. The pamphlet is else in very good condition.

Featured on Take a Break – With History. Watch Below.