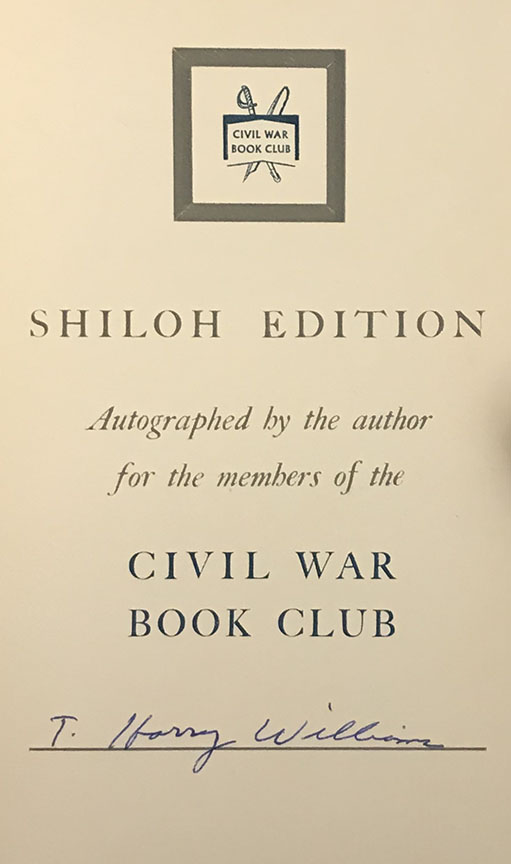 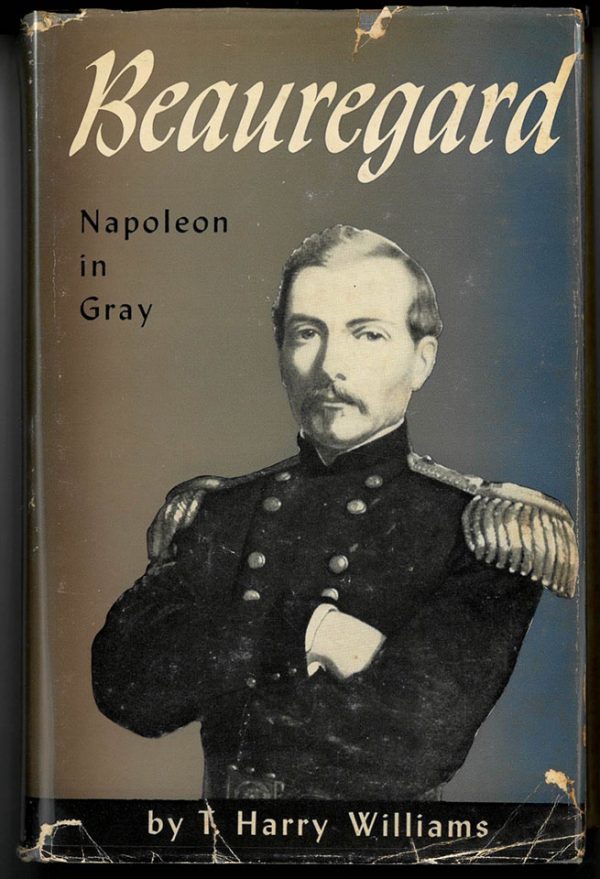 Beauregard’s military career was, perhaps, more significant than any other general, for he was in every phase of the war from its beginning to its end. He ordered the firing of the opening gun at Fort Sumter; he commanded the Confederate forces at Manassas; he planned and fought the first great battle in the West at Shiloh; he conducted the defense of Charleston; and in the waning months of the war he directed the defenses of the southern approach to Richmond.

T. Harry Williams still stands as one of the great 20th Century historians of the South and the Confederacy. As a friend of Abraham Lincoln Book Shop, and of the original Civil War Round Table he was a regular presenter at Chicago meetings, and on Civil War battlefield tours.

This signed copy was produced in limited numbers for the Civil War Book Club, an early book-signing program of Abraham Lincoln Book Shop.