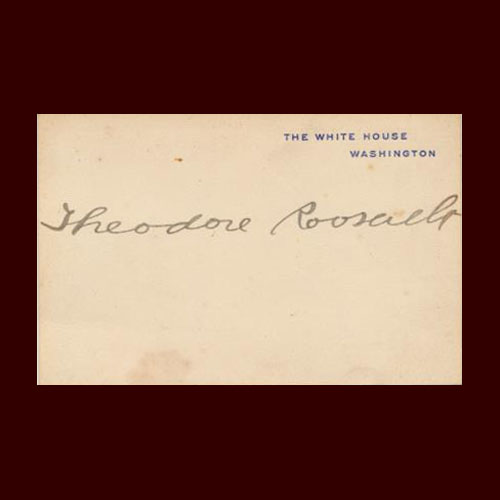 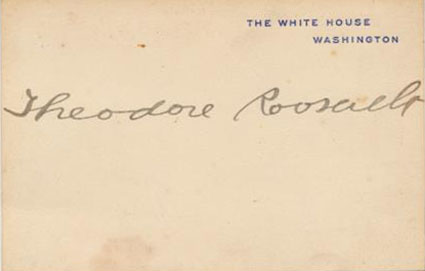 Theodore Roosevelt signature on a The White House card.

Theodore Roosevelt served as America’s 25th and 26th President. Additionally, Roosevelt was Governor of New York and Assistant Secretary of the Navy under President McKinley. Among his other vocations, Roosevelt was an author, explorer, historian and soldier. He was awarded the Nobel Peace Prize in 1906. He was also the president who named the president’s home The White House. Previously, it had been called The Executive Mansion and The President’s Palace.