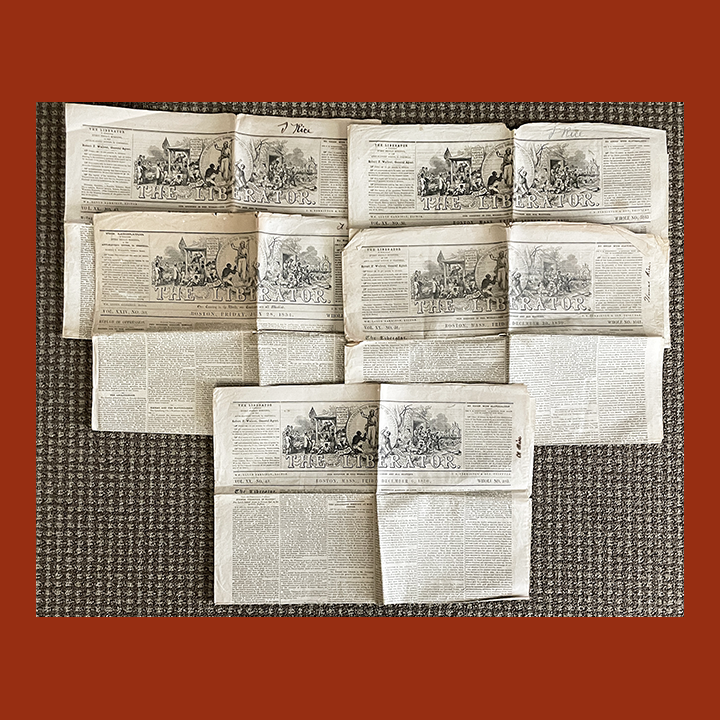 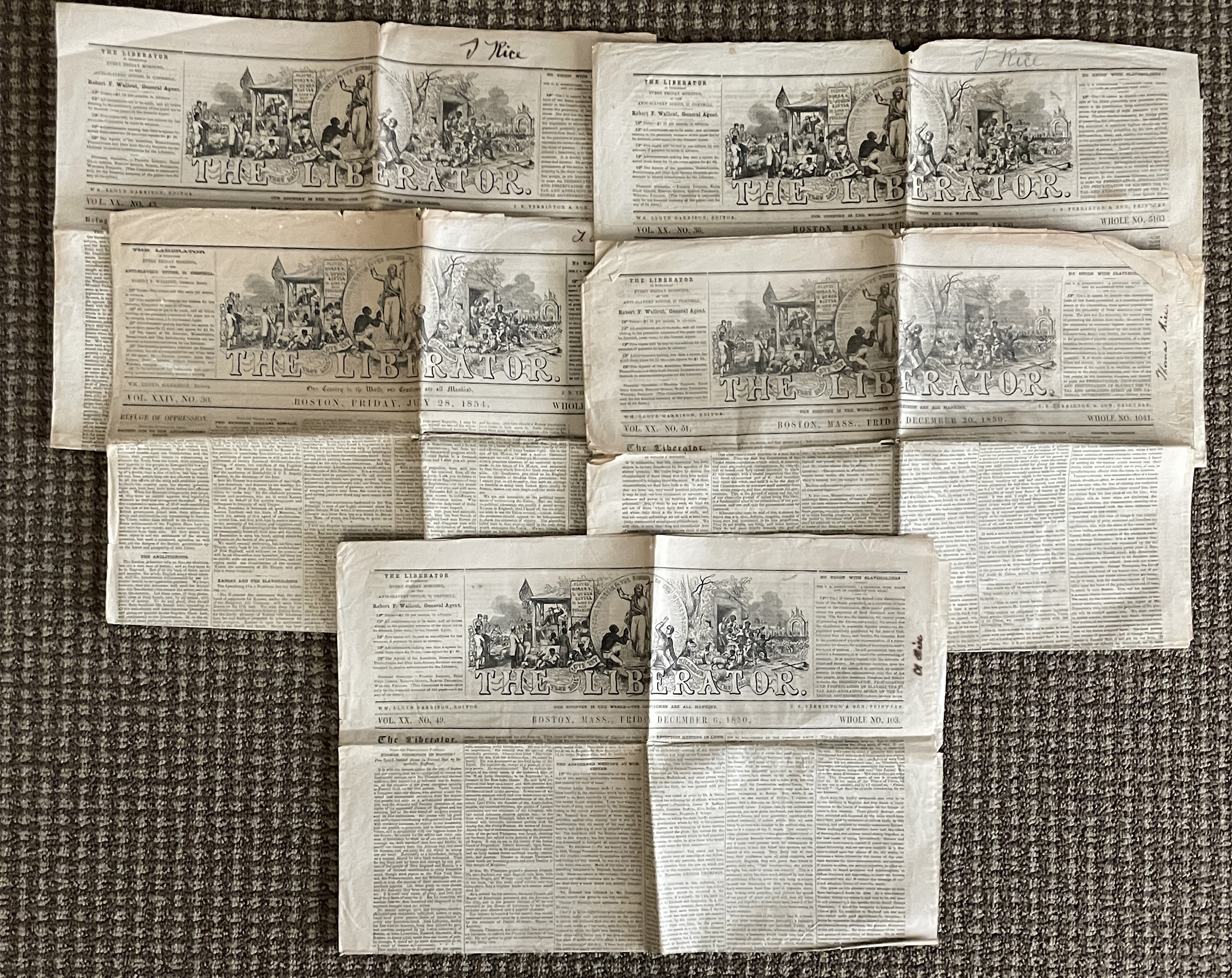 The Liberator had a 35 year run as a weekly newspaper of abolitionist crusader William Lloyd Garrison. It was the most influential antislavery periodical in the pre-Civil War.

Although The Liberator could claim a paid circulation of only 3,000 (mostly African Americans), it had much more influence with its uncompromising advocacy of immediate emancipation for the millions of Black Americans held in bondage throughout the South. In the North, Garrison’s message of moral suasion challenged moderate reformers to apply the principles of the Declaration of Independence to all people, regardless of color.

Fearful slaveholders in the South, erroneously assumed The Liberator represented the majority opinion of Northerners. They reacted militantly by defending slavery as a “positive good” and by legislating ever more stringent measures to suppress all possible opposition to its “peculiar institution.” By pressing the cause of abolition over removal via colonization, The Liberator changed the direction of the American antislavery movement.

A frequent speaker, George Donisthorpe Thompson was a British anti-slavery orator and activist who toured giving lectures and worked for legislation while serving as a Member of Parliament.  He was arguably one of the most important abolitionists and human rights lecturers in the United Kingdom and the United States.

The newspaper’s graphic masthead features an image of a slave auction counterbalanced by an image of their liberation, each  surrounding an image of Jesus “breaking the bonds of oppression.”  As well, besides publishing information at the far left, a lengthy quote from Garrison titled “No Union with Slaveholders!  The U.S. Constitution is a Covenant with Death and an Agreement with Hell” was featured at the far right.

The Liberator also became an avowed women’s rights newspaper when the 1838 issue proclaimed the paper’s mission was  “to redeem woman as well as man from a servile to an equal condition.”

Each paper (made of rag) has strong quarter folds as is usual;  generally in very good condition; many are addressed to “T or Thomas” Rice” 19 issues, net.