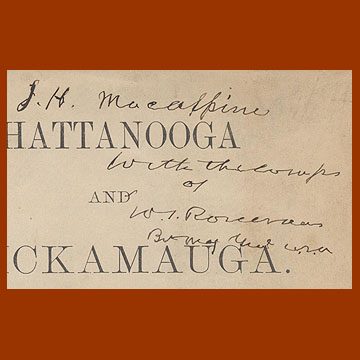 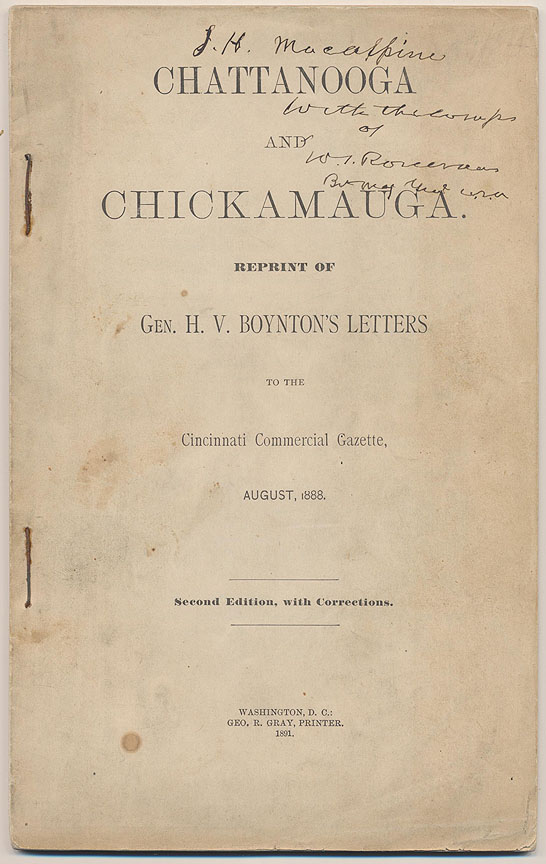 Major General William Starke Rosecrans was the hero of Iuka, Corinth, Stones River and Tullahoma, but lost his reputation after the defeat at Chickamauga, September, 1863. He here inscribes a pamphlet on Chickamauga to J. H. Macalpine. Rosecrans led a brilliant campaign leading up to Chickamauga, but the disaster there effectively ended his military career. Henry V. Boynton held the Medal of Honor for Missionary Ridge, and was a significant figure in the establishment of the Chickamauga and Chattanooga National Military Park. Both he and Rosecrans served on the Committee to establish the park.