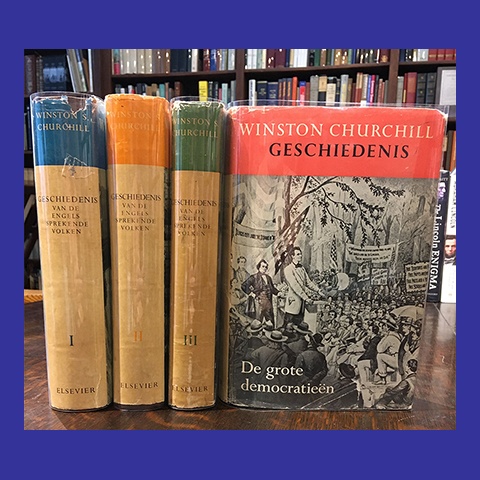 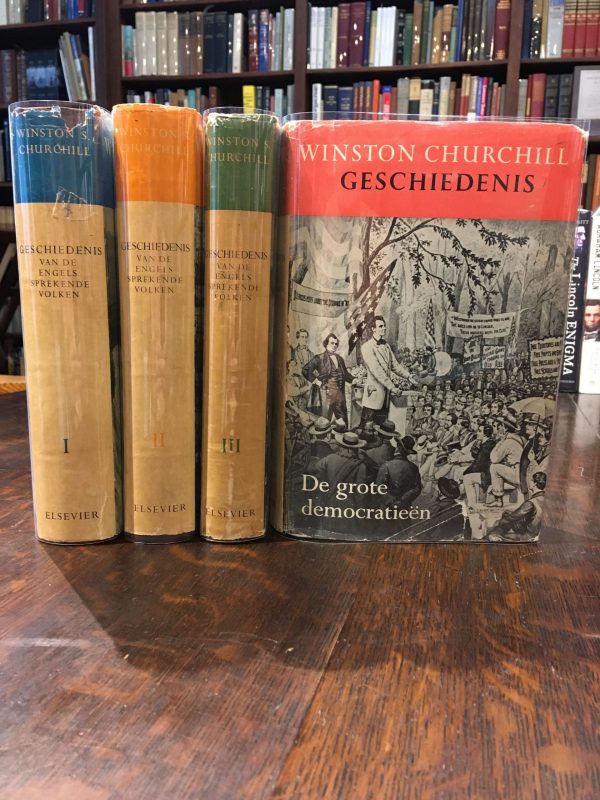 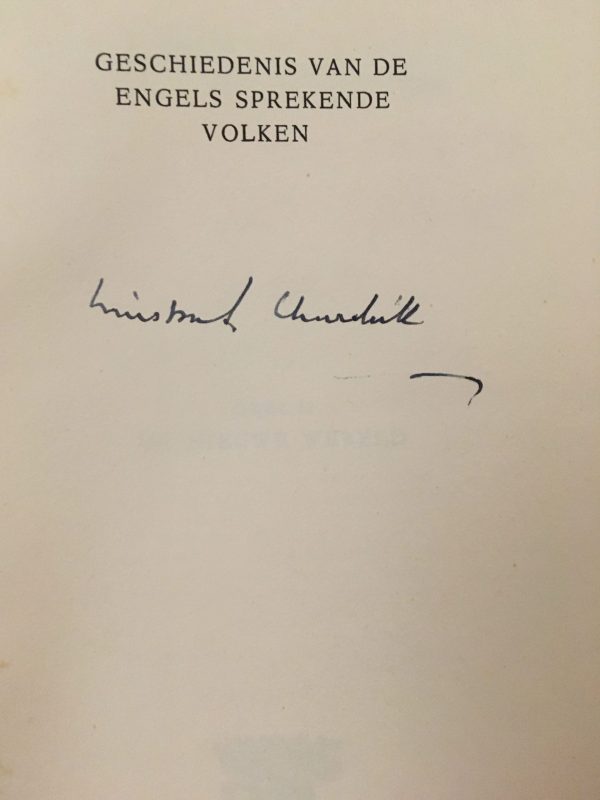 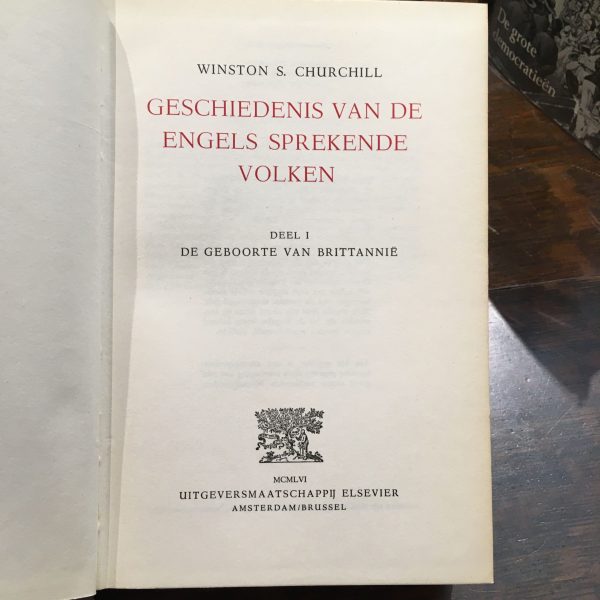 From the Library of Churchill’s Literary Agent

Winston Churchill’s History of the English-Speaking Peoples, unmarked as such, but from the library of Churchill’s literary agent, Emery Reves, in whose home the work was completed. Reves was instrumental in the development of Churchill’s English-Speaking Peoples, using his intimate knowledge of foreign markets to adapt Churchill’s original, American-targeted, anglophone conception for wider popularity. Churchill wrote of how, “(Reves) has had lengthy telephonings with French, German, Italian and Scandinavian publishers, showing what they want for their editions.” (quoted in Gilbert’s Winston Churchill and Emery Reves.).

This signed set was acquired through British bookseller, Peter (Pom) Harrington, who had obtained the library of Emery Reves. Each country’s translated editions were published and printed locally, with each exhibiting its own flavor. Thus the dust jackets of this Dutch set is unique and especially exciting in having the jacket for volume 4 bearing a wonderful image of Abraham Lincoln during the Lincoln-Douglas Debates. This 4th volume, The Great Democracies, contains in Book 10, The Great Republic chapters on the American Civil War.