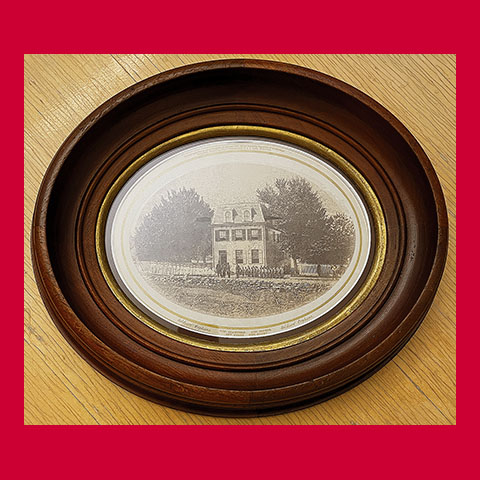 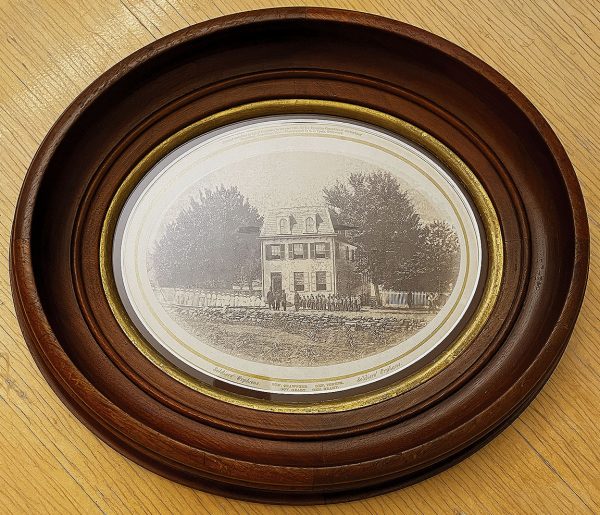 Grant Visits Orphans of the War

Grant had been invited to attend the opening of this Soldiers’ Orphan Home, but was unable to attend. On May 14th, 1867  David Wills (whose house Lincoln had stayed in when he delivered the Gettysburg Address) invited Grant to meet with the Board of Commissioners of the Gettysburg Soldiers’ National Cemetery Commission.  He accepted, arriving June 20th and touring the battlefield the following morning, the day this photograph was taken. Five days later Grant was in Washington for the John Surratt trial.

The photograph shows Gen. Samuel W. Crawford, Gen. Andrew Porter, Gov. John W. Geary, and Gen. Ulysses S. Grant outside the orphanage and flanked by girls on the left and boys on the right. The building had been newly roofed and adapted for its stated use had been occupied by Gen. O. O. Howard as his headquarters at the battle of Gettysburg. It stands on Cemetery Hill, within a few rods of the vertex of the angle formed by the Union army in the battle. Today the building still stands, having had various tourist usages in the intervening years.