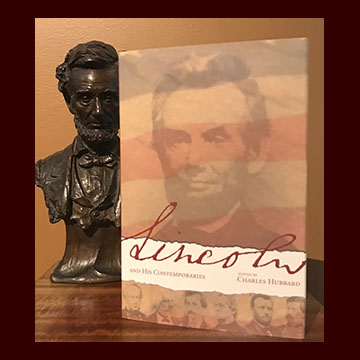 Charles Hubbard’s Lincoln and His Contemporaries is a collection of essays by leading historians about Lincoln. Contributors include Harold Holzer, Frank Williams, Edna Greene Medford, Terry Alford, and the late John Y. Simon.

The essays in this book are about Abraham Lincoln and responses to his wartime policies from three identifiable and very different groups of the president’s contemporaries. The essayists explore the motivation for and the implications of many of Lincoln’s strategies and policies. An examination of the interaction of Abraham Lincoln and his contemporaries also contributes to our understanding of this extraordinarily complex man. Topics include:

Frank Williams on Lincoln as commander-in chief and as attorney-in-chief.

Harold Holzer on the image of Lincoln as commander-in-chief.

As new; in dust jacket.