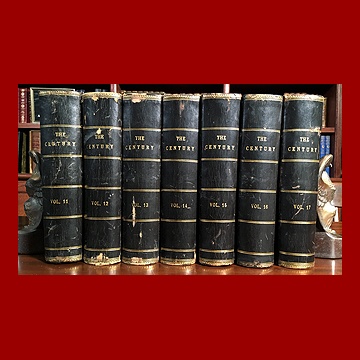 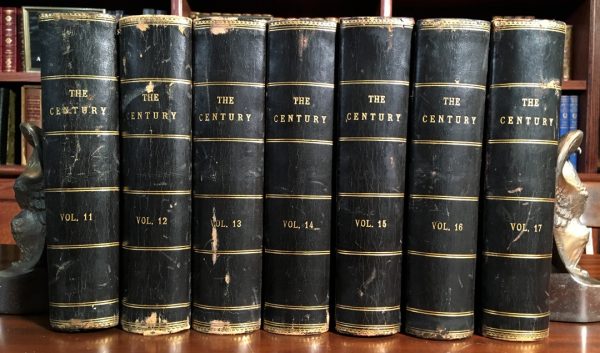 The First Appearance Of Two (In One)
Essential Works Of Lincolniana
And The Civil War!

The complete serialized version — the TRUE first edition — of one of the essential works on Lincoln, penned by his two personal secretaries who knew him during the Springfield years and were at the heart of his administration. Approved by Robert Todd Lincoln, these monthly installments, published between November 1886 and February 1890, comprised almost half of the 10-volume magnum opus that shortly followed (M1071, Eicher 409).

As much a history of the Civil War as a biography of the man who prosecuted it, this is a gold mine of primary material; it contains secondary sources not found elsewhere, is well structured and well written, and, for all its understandable biases, is “one of the greatest historical products of its era and is still a necessary source for Lincoln biographers”–Mark E. Neely, Jr.).

As well, included in these same issues of The Century Magazine are some of the original articles of what was to become Battles and Leaders of the Civil War (with contributions by such notables as Longstreet, Mosby, and Alexander). A TRUE COLLECTOR’S SET of the original appearances of not one but two essential works in Lincolniana and the Civil War!