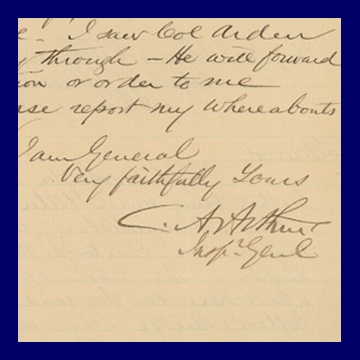 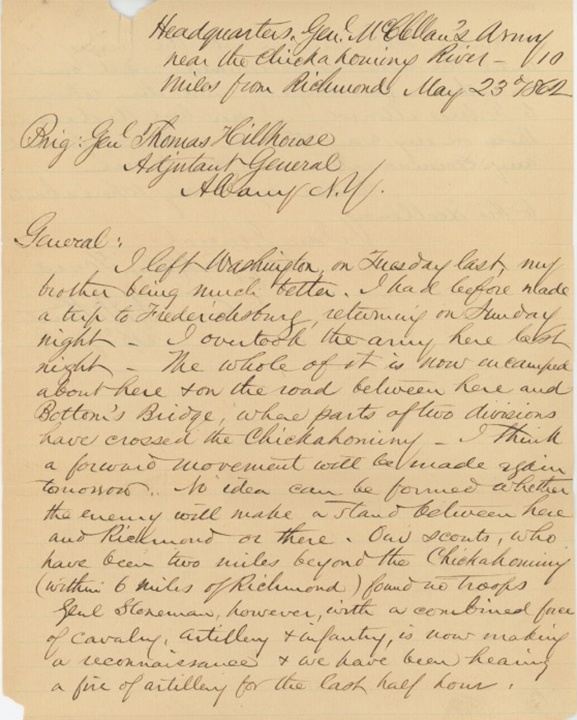 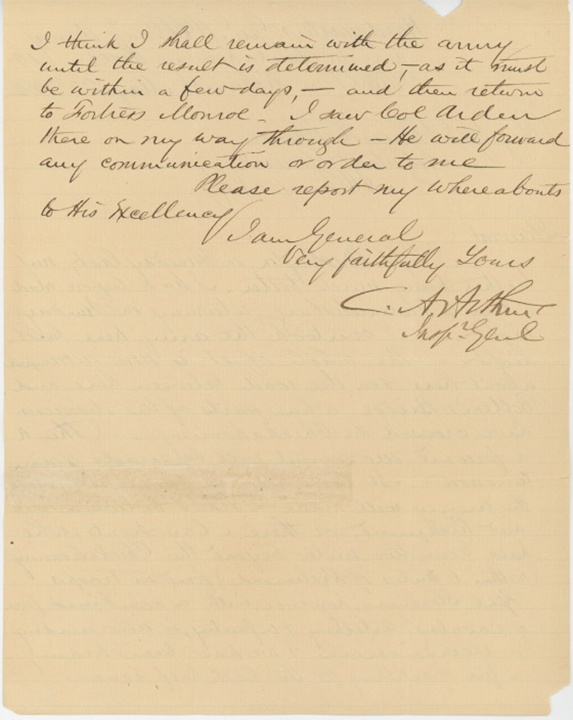 In March of 1862 Arthur had been promoted to Inspector General for the state militia of New York by Governor Edwin Morgan. During the time of this letter he traveled to the front to inspect New York troops near Fredericksburg, Virginia. McClellan had been reluctantly pushing toward Richmond. In a clear, bold hand, Arthur reports to the Adjutant General for New York. He had left Fredericksburg to visit his sick brother, but had just returned. “I think a forward movement will be made again tomorrow. No idea can be formed whether the enemy will make a stand between here and Richmond or there.”

Scouts had been within six miles or Richmond but had found no troops; however Genl. Stoneman “with a combined force of cavalry, artillery & infantry, is now making a reconnaissance & we have been hearing a fire of artillery for the last half hour.” He continues that he will stay with the army (this being the closest he had ever been to the front) to see the result and then return to Fortress Monroe. “Please report my whereabouts to his Excellency.” In a week the Battle of Seven Pines would take place, when CSA General Joseph Johnson would attack the very troops Arthur speaks of in this letter.

A truly rare Civil War letter in the field from a future president who was not in the army.