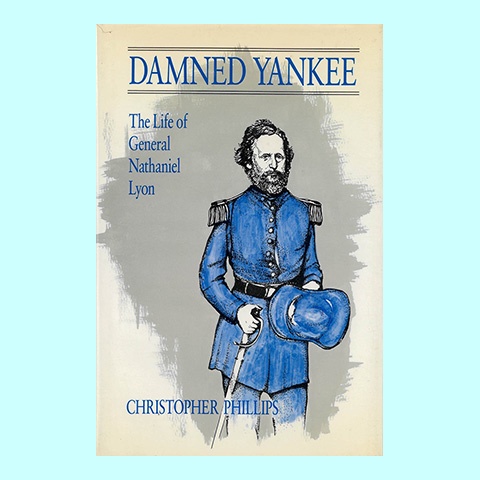 The Controversial “Savior of Missouri”

In Damned Yankee: The Life of General Nathaniel Lyon Christopher Phillips painted a portrait of a violent and radical psyche. Nathaniel Lyon’s spectacular end at the Battle of Wilson’s Creek simply put a cap on a life furiously lived.

Considering the renown achieved by Lyon at the time of his death in August, 1861, it is strange that the first full-length study of his life by a professional historian came almost 130 years later. However, this first look at Lyon provides an inside look into the upbringing and professional background that led to his political radicalization, and his desire to “punish”all traitors in Missouri during the Summer of 1861” a crusade that ended atop Bloody Hill.