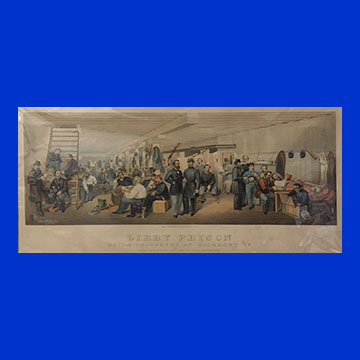 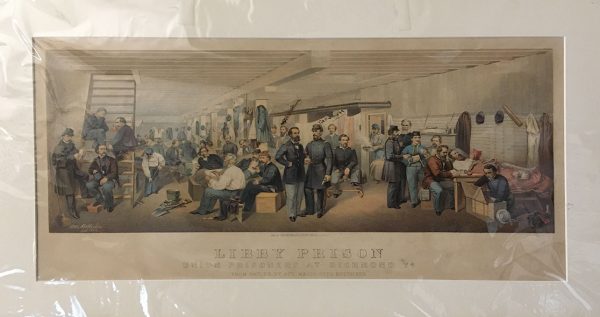 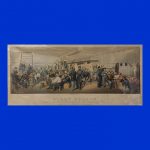 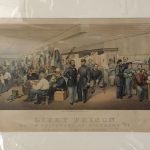 Otto Botticher’s Libby Prison: Union Prisoners at Richmond, VA, print is based on his first-hand experience at Libby Prison. While serving with the  68th New York Vol. Inf., B  Botticher was captured by Confederate forces on March 29, 1862, probably near Manassas, Virginia. First taken to Libby Prison, even in a difficult situation, Botticher made good use of his time and talent as he sketched “Libby Prison”¦”

Panoramic view of the interior of Libby Prison “Col. F. W. Swift” and “Gen. Wilkins” are identified.  Brig. Genl. August Willich, captured at the Battle of Stones River, appears at the right, reading in bed.  During his service with the 68th NY Vols. Inf., Botticher was captured by Confederate forces on March 29, 1862.  He was taken first to Libby Prison,  where he made use of his antebellum skills as an artist, sketching scenes of his life in  captivity.