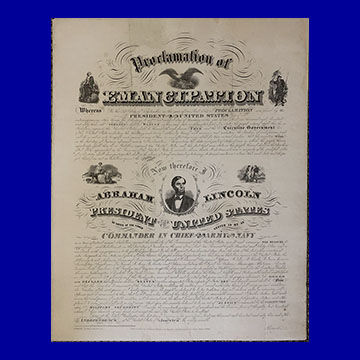 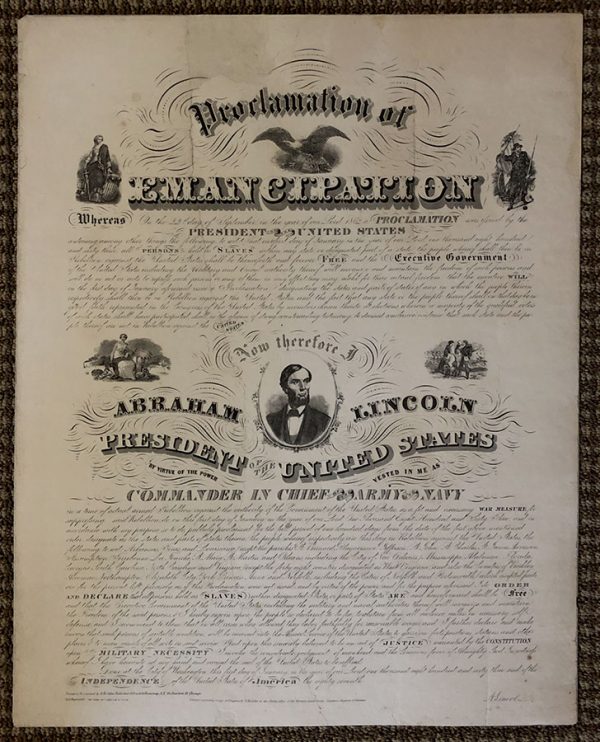 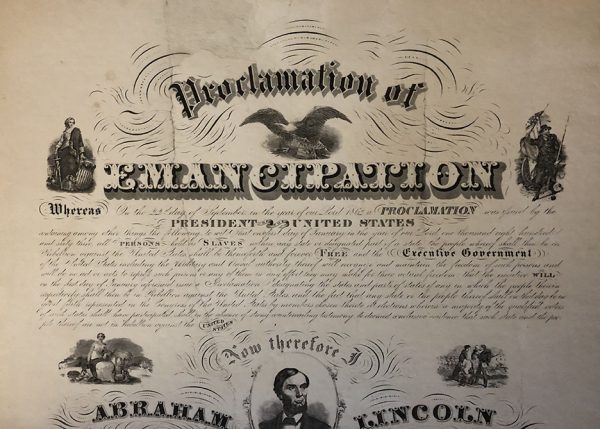 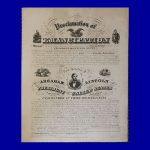 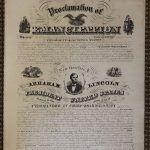 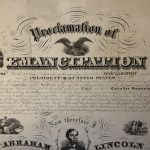 A. Kidder, Proclamation of Emancipation, Print

This Proclamation of Emancipation Print, designed by A. Kidder was printed  by Chicago lithographer, Charles Shober was created before the Chicago Fire, thus, a pre-fire imprint.

Shober, the premier Chicago lithographer, created maps, panorama views of cities, as well as commemorative or souvenir broadsides such as the one shown. The  broadsides of the Emancipation Proclamation were popular and a number of different ones were produced by different lithographers across the country.  While the Proclamation merely freed the slaves in the secessionist states, many in the country viewed the Proclamation as absolute.  Thus, they wanted a memento of what was seen as the decisive action to end slavery.

“There are six vignette illustrations including a portrait of Lincoln in an oval frame.  The portrait shows a receding hairline.” –Eberstadt.