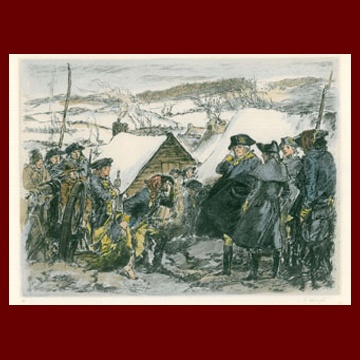 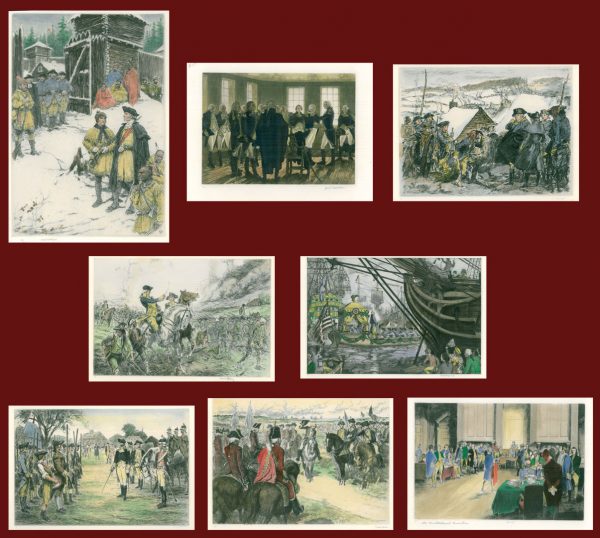 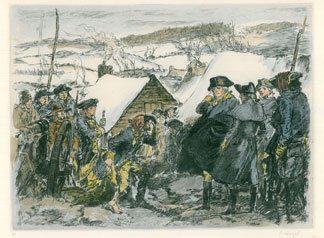 A Fine Set of Etchings, Commissioned for the Washington Bicentennial

Twenty artists from the  early 20th Century create prints of George Washington to honor the bicentennial of his birth. This grouping was originally commissioned by private investors.

On laid papers, watermarks George Washington’s monogram and a coat of arms, each print signed in pencil and numbered 1-20, all with full margins, loose (as issued).  All approximately 10″ x 15″ plus extra wide margins; each placed on a rag board and shrink-wrapped. Hors-texte (illustrations printed separately from the text of a book, such as plates tipped in after binding.  The phrase also refers to blank pages found at the end of a book, added to make consistently sized signatures).

All of the prints are nearly mint, with the exception of one which has some water stains.

Washington, George – Etchings.  1932 Bicentennial Pageant of George Washington.  New York, The American Art Foundation, 1932.   Twenty Masterpieces in Etching, being the complete set of 20 etchings, originally titled “The American Art Foundation has the honor to announce Twenty Masterpieces in Etching each executed by one of America’s most distinguished artists”.