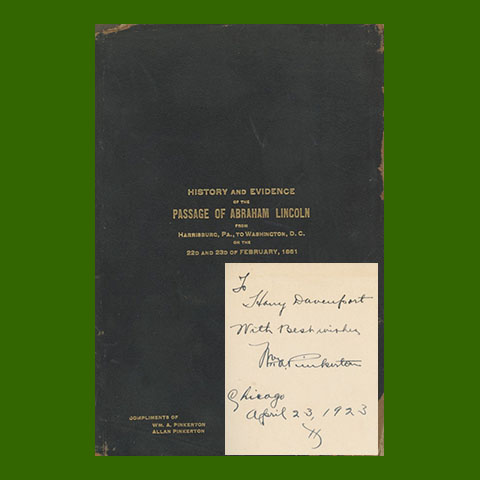 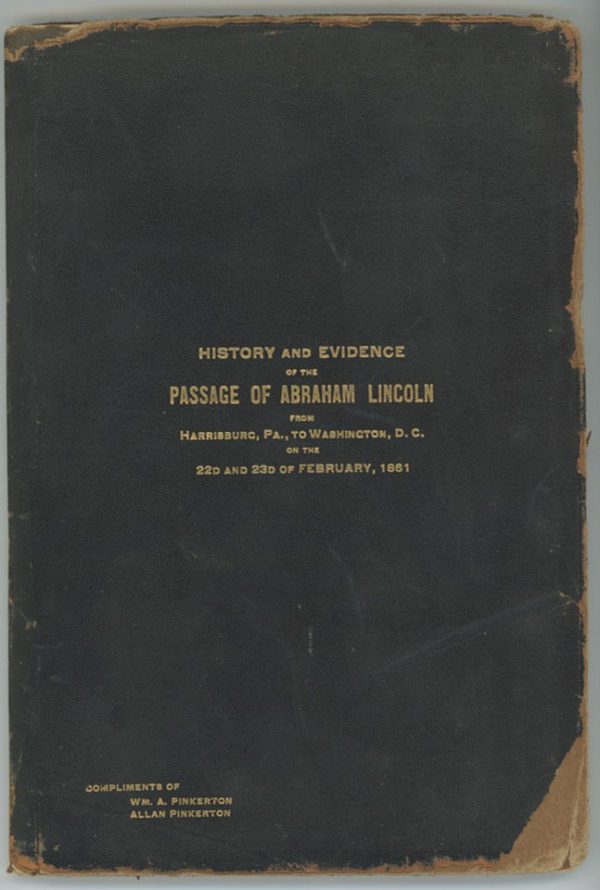 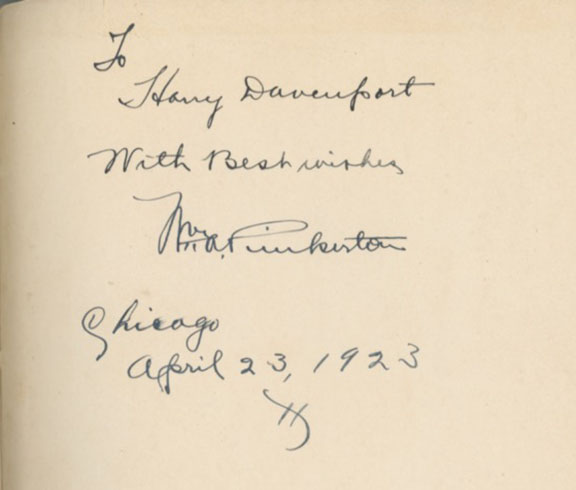 Allan Pinkerton, History and Evidence of the Passage of Abraham Lincoln from Harrisburg, Pa. to Washington, D. C…

Allan Pinkerton’s History and Evidence of the Passage of Abraham Lincoln… is  Pinkerton’s first-hand account of  The Baltimore Plot. Allegedly, there was a threat to Lincoln’s life en route to Washington for the first inauguration. Here we learn the details from the head of security.

Inscribed, signed, and dated by Allan Pinkerton’s son, Wm. A. Pinkerton to Hollywood character actor Harry Davenport (1866-1949): Compliments of Wm. A. Pinkerton.” Davenport played Dr. Meade in Gone With the Wind.  He ruled the screen during The Golden Age of Hollywood. Starting on Broadway at age 5,  he appeared in over 150 films, Davenport was a Director, too. Bette Davis called him “the greatest character actor of all time.”