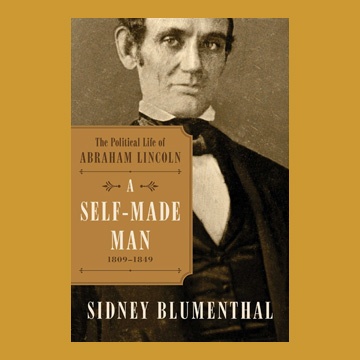 The first of a multi-volume history of Lincoln as a political genius-from his obscure beginnings to his presidency, assassination, and the overthrow of his post-Civil War dreams of Reconstruction.

This first volume traces Lincoln from his painful youth, describing himself as “a slave,” to his emergence as the man we recognize as Abraham Lincoln. From his youth as a “newsboy,”  a voracious newspaper reader, Lincoln became a free thinker. Reading Tom Paine, as well as Shakespeare and the Bible, and studying Euclid he sharpened his arguments as a lawyer.

Lincoln’s anti-slavery thinking began in his childhood amidst the Primitive Baptist antislavery dissidents in backwoods Kentucky and Indiana, the roots of his repudiation of Southern Christian pro-slavery theology. Intensely ambitious, he held political aspirations from his earliest years. Obsessed with Stephen Douglas, his political rival, he battled him for decades. Successful as a circuit lawyer, Lincoln built his team of loyalists. Blumenthal reveals how Douglas and Jefferson Davis acting together made possible Lincoln’s rise.

Blumenthal describes a socially awkward suitor who had a nervous breakdown over his inability to deal with the opposite sex. His marriage to the upper class Mary Todd was crucial to his social aspirations and his political career. Blumenthal portrays Mary as an asset to her husband, a rare woman of her day with strong political opinions. Blumenthal’s robust portrayal is based on prodigious research of Lincoln’s record and of the period and its main players. It reflects both Lincoln’s time and the struggle that consumes our own political debate.