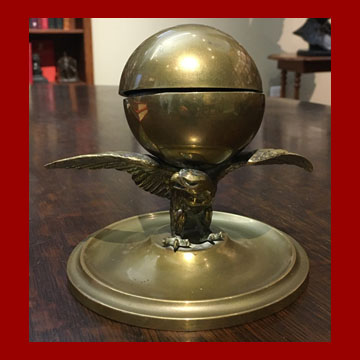 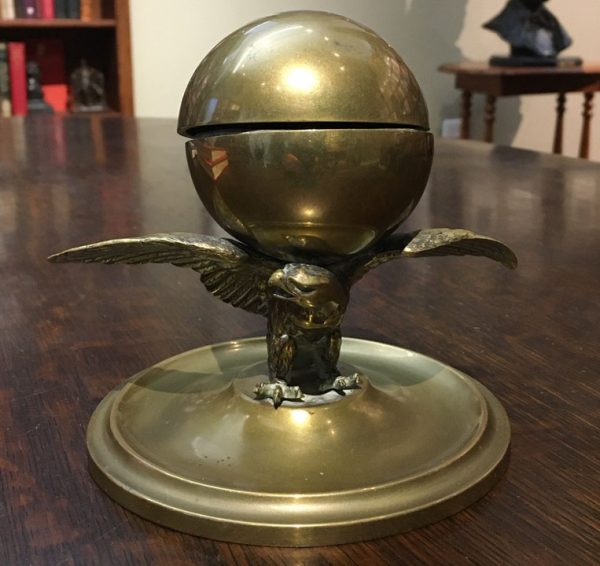 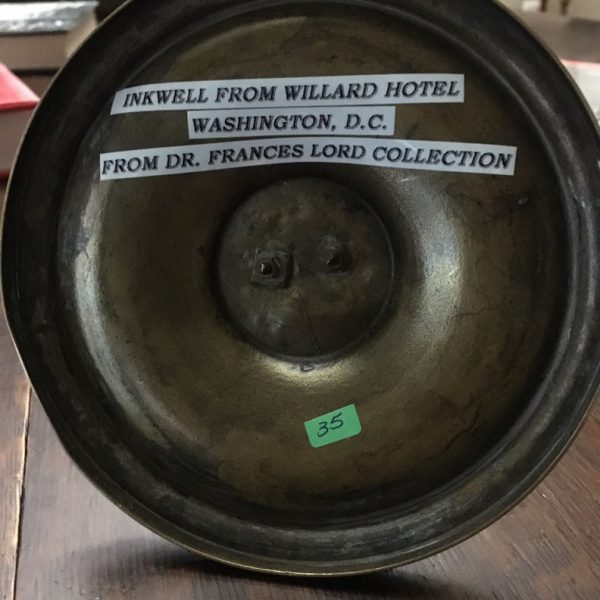 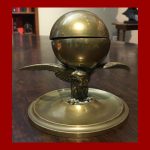 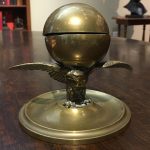 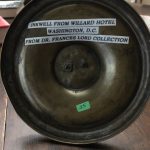 A Least Nine Presidents Stayed at The Willard

This brass inkwell, featuring a bald eagle, is from the Willard Hotel in Washington, DC. It came from the collection of Dr. Frances Lord. Lord is considered the “father of modern Civil War collecting.”  He wrote The Civil War Collector’s Encyclopedia and many other Civil War titles. Lord amassed an extraordinary collection of Civil War and other Americana artifacts. When he passed away in 2006 his collection went to auction.

In the 1860s, American author Nathaniel Hawthorne observed  “the Willard Hotel more justly could be called the center of Washington than either the Capitol or the White House or the State Department.”

Presidents Taylor, Fillmore, Pierce, Buchanan, Lincoln, Grant, Taft, Wilson, Coolidge and Harding stayed at the Willard. Other notable guests have included Charles Dickens, Buffalo Bill, David Lloyd George, P.T. Barnum, Lord and Lady Napper and countless others. Walt Whitman included the Willard in his verses and Mark Twain wrote two books there in the early 1900s. It was Vice President Thomas R. Marshall, irritated at the Willard’s high prices, who there coined the phrase “What this country needs is a good 5-cent cigar.”

Identified on the base as coming from the Lord Collection and the Willard Hotel.