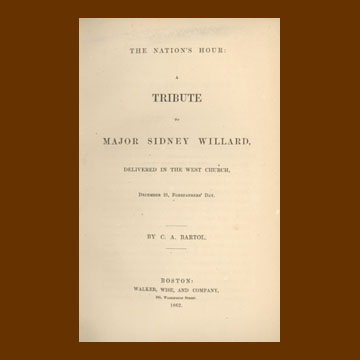 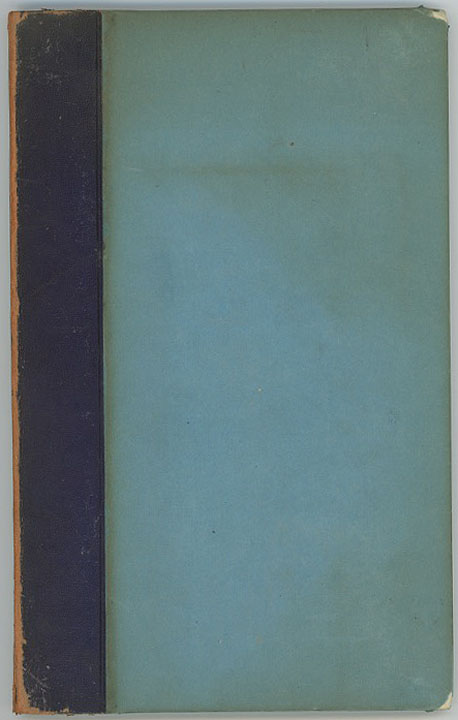 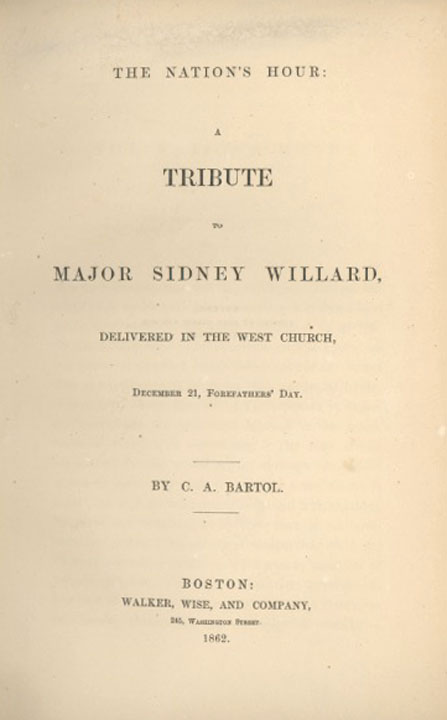 C. A. Bartol, The Nation’s Hour: A Tribute To Major Sidney Willard

C. A. Bartol’s The Nation’s Hour: A Tribute to Major Sidney Willard is a commemoration of the live of Major Sidney Willard, who was mortally wounded while leading the 35th Massachusetts regiment in the fatal charge at Fredericksburg, February 13, 1862, He died the next day.

A popular Harvard man, Sidney Willard merited a large public funeral, conducted a week after the battle, on Forefathers’ Day. Bartol’s eulogy, extolling the Christian virtues of the deceased, noted Willard’s abolitionist beliefs, and made clear the evil of slavery and its part in his death. Included is an appendix in which much of Willard’s voluminous correspondence is printed, making this a fine primary source, in addition to its documentation of what Professor Drew Gilpin Faust calls a good death by 19th Century definition.

Includes also printed resolutions and verse: “And though ’tis hard for us to see the brightest and the best Thus taken, when so many are longing for rest; Yet we trust the perfect wisdom which we cannot understand, And bow in meek submission –neath the loving, chastening hand.” Uncommon.