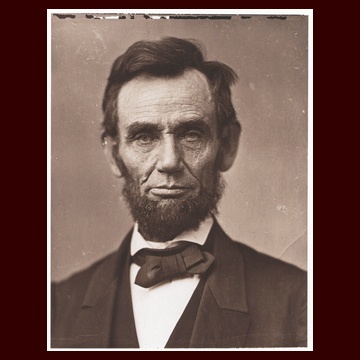 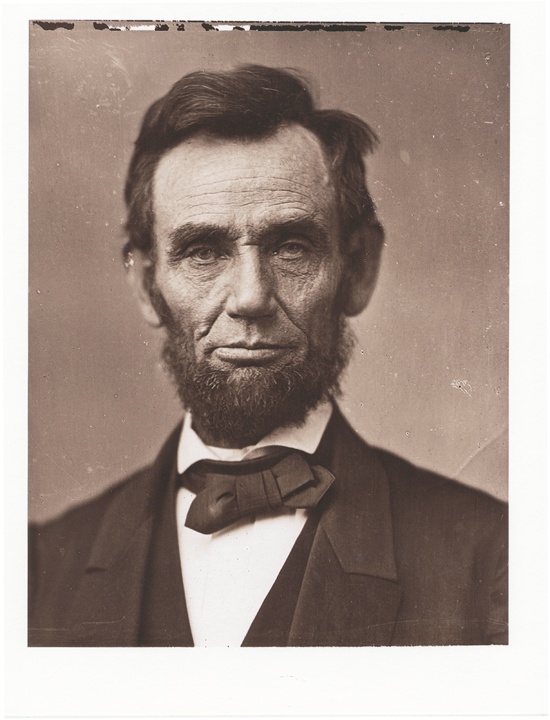 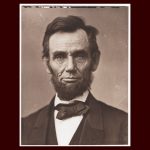 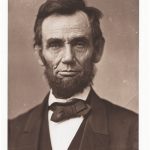 The Gettysburg Lincoln, With Albumen Toning

In 1863, artist and sculptor Sarah Fisher Ames commissioned Gardner to make a portrait photograph of Lincoln in order for her to begin working on a bust.

Commonly referred to as “The Gettysburg Lincoln,” this photograph was taken on 8 November 1863, eleven days before The Gettysburg Address. This pose is one of the rare photographs of Lincoln looking directly at the viewer. It shows a haggard president with heavy lines on his face. His “lazy” left eye is noticeable. We have left in most of the glass imperfections, so the image comes alive even more.   It has stunning clarity and emotional impact seldom seen in any Lincoln photograph.

Not only an arresting image, this photo occupies an important place in Art History as well. Prior to photography, subjects would have to sit for days, often making several visits to the studio over months in order for an accurate artistic rendering. It is ironic that a photo produced strictly for “working purposes” would eventually become one of the most recognizable images of Abraham Lincoln. Additionally, it was also used by sculptor Daniel Chester French as the model for the Lincoln Memorial in Washington, D.C.

The Sarah Fischer Ames sculpture produced with the help of this photograph was acquired by the United States in 1868; it resides in the U. S. Senate building.