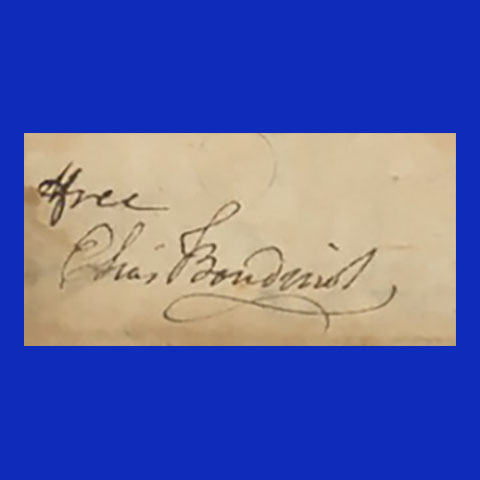 Boudinot was a lawyer and great grandson of a French Huguenot who fled his country after the revocation of the Edict of Nantes, he became devoted to the Patriotic cause. Besides being one of only thirteen men to become President in the Continental Congress under the Articles of Confederation, he later became the Director of the U.S. Mint.    He was appointed commissary-general of prisoners and in his capacity as President, he signed the treaty of peace with England.  He had wealth and became a great benefactor.