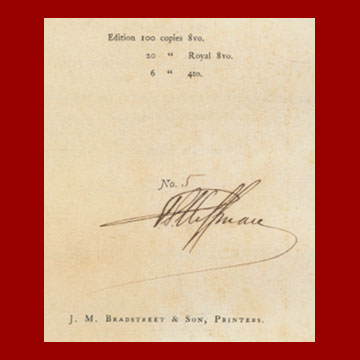 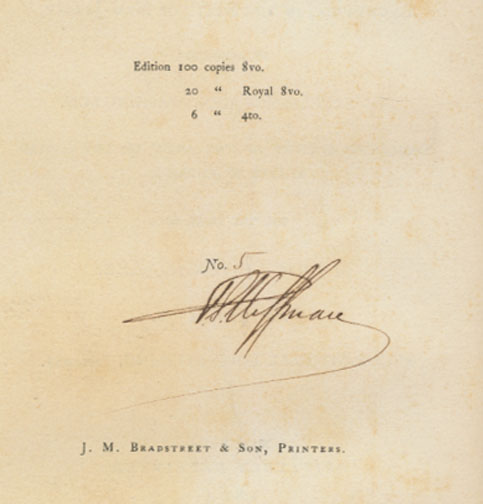 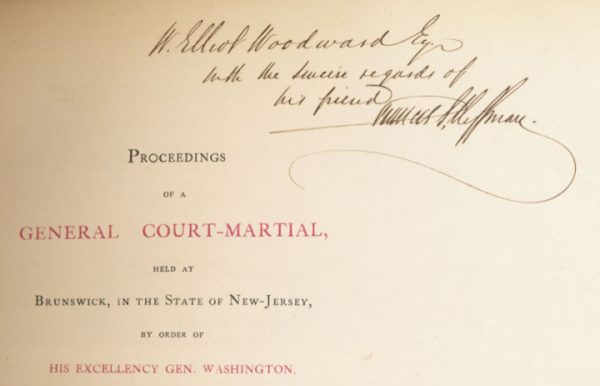 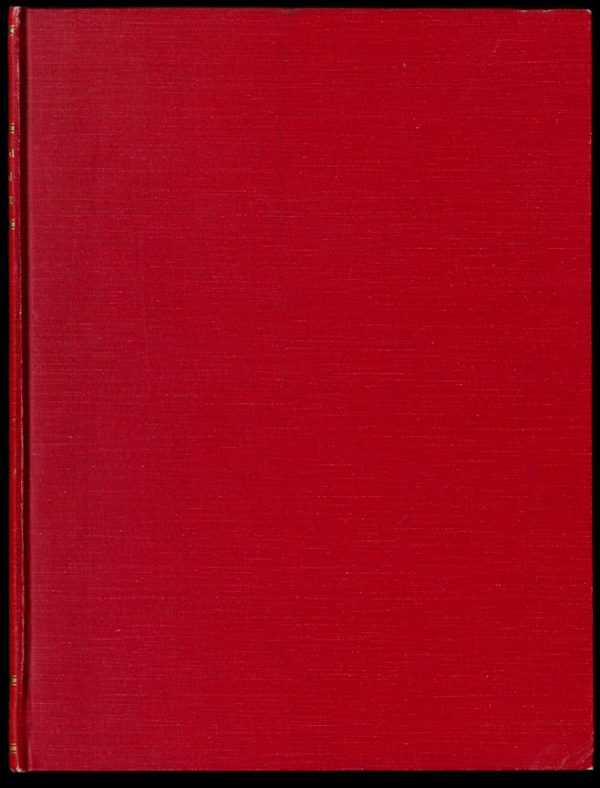 Lee was the second ranking general in the Continental army. He was slow in carrying out Washington’s orders; severely criticized Washington; was captured by the British and while a prisoner, submitted a secret plan to General Howe for defeating the Americans. He is now regarded as a traitor. He was exchanged in 1778 and put in command of a planned attack on Monmouth. Instead of attacking he began a retreat, which was halted only by the arrival of Washington and others. He was found guilty by the court, and dismissed from the army.

This work was limited to six (6) copies in quarto, of which this is #5, twenty (20) copies in Royal Octavo, and one hundred (100) copies in octavo. This copy of the quarto edition is signed by Francis S. Hoffman, the editor, and in addition has a presentation inscription on the title page from Hoffman to W. Elliot Woodward, esq.