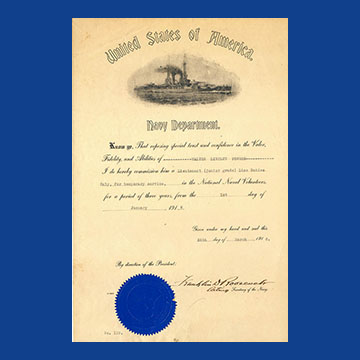 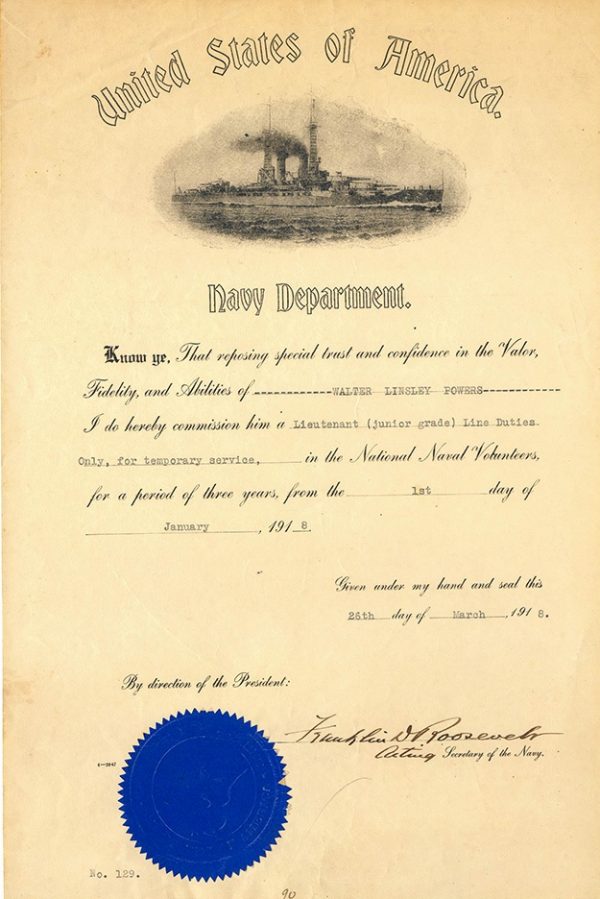 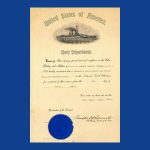 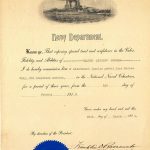 FDR as Acting Secretary of the Navy

Franklin Roosevelt signature on a a partly printed document, being a commission for Walter Linsley Powers as a Lieutenant (junior grade) “Line Duties Only, for temporary services” for a period of three years. As an Ensign he had served with the 1st Battalion.

This may have been the happiest time in FDR’s life, playing with his ships as an acting Secretary of the Navy.