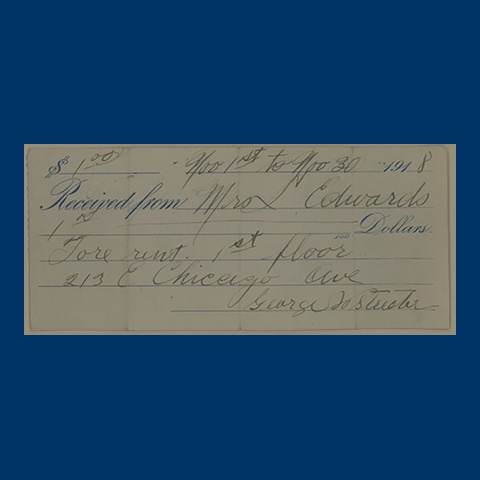 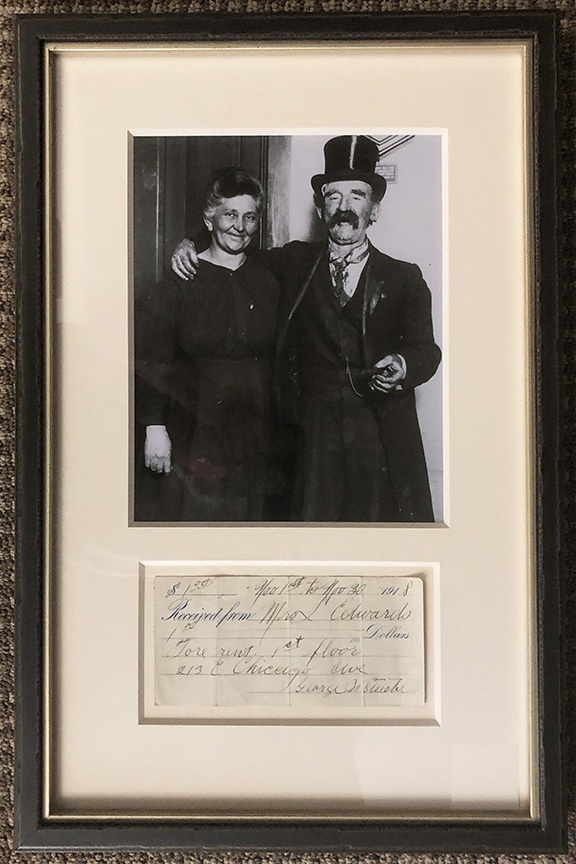 After his service in the Civil War-he wasn’t a Captain- George Wellington “Cap” Streeter moved to Chicago. It was 1886.

He bought a boat intending to use it to run guns to Latin America. But he realized the costs would be impossible. Instead, Streeter concocted a plan to steal valuable lakefront property. He sailed his boat to the edge of what is today’s Superior Street–(today, this book shop is on the corner of Superior and Green St.). Then, then got permission from the shoreline owner, Nelson K. Fairbanks, to leave his ship there temporarily. He left it there for years. Streeter refused to move his ship insisting that he had title to the shoreline, producing a forged land grant, and then proceeded to sell and rent lots that he did not legally own (this receipt being one of them). He even began collecting property taxes for the lots he sold and kept detailed tax records. He also invited people to dump construction debris nearby. Much of the rubble from the Great Chicago Fire landed there.

Eventually, the area became an area of vice. Streeter and the City of Chicago continued to battle it out in the courts of Chicago. Even after finally being removed in 1893 Streeter continued his fight. After Streeter’s death in 1921, his wife, Elma took up the cause. The Streeter family would continue to file lawsuits over the ownership of the area until 1940 when I federal court dismissed the case. The neighborhood is called “Streeterville” to this day.

In 2010, “Cap” was honored with a statue. He is considered one of the most colorful Chicagoans in the city’s history.