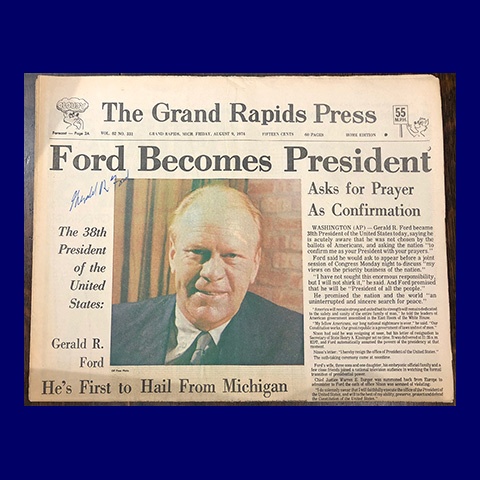 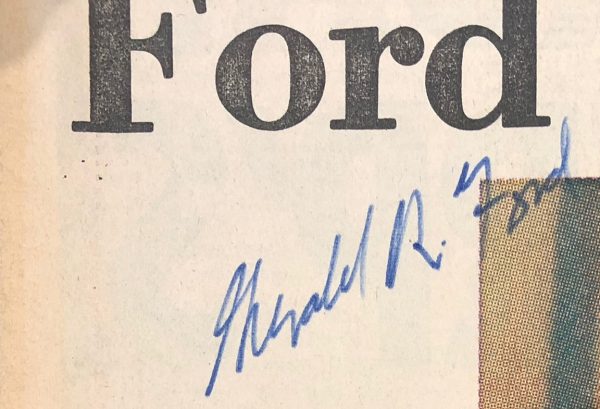 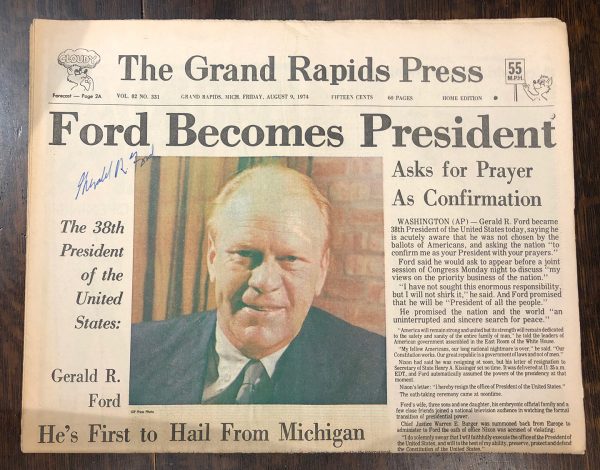 Ford was a Grand Rapids native. His mother moved there shortly after his birth. Gerald Ford became vice-president when Spiro Agnew resigned in December, 1973. He became president of the United States when Richard Nixon resigned in August, 1974. Prior to that, Ford served as the U.S. representative from Michigan’s 5th congressional district. He held the office for 25 years, with the final nine as House Minority Leader.

Solid, signature, in blue ink. Paper has the usual browning, else v.g.