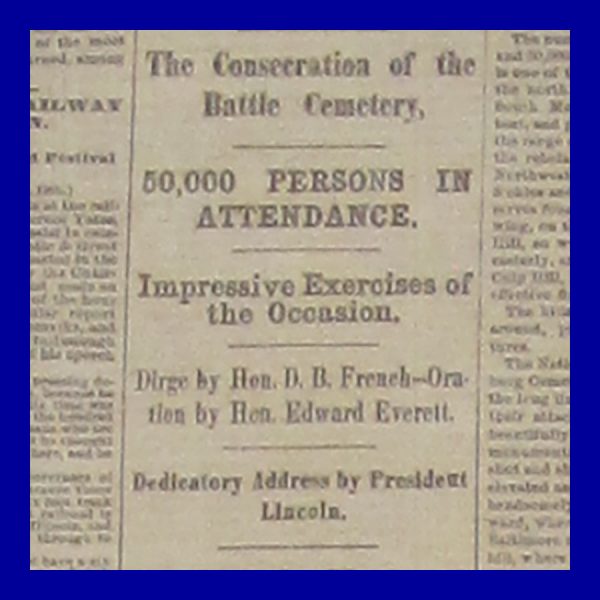 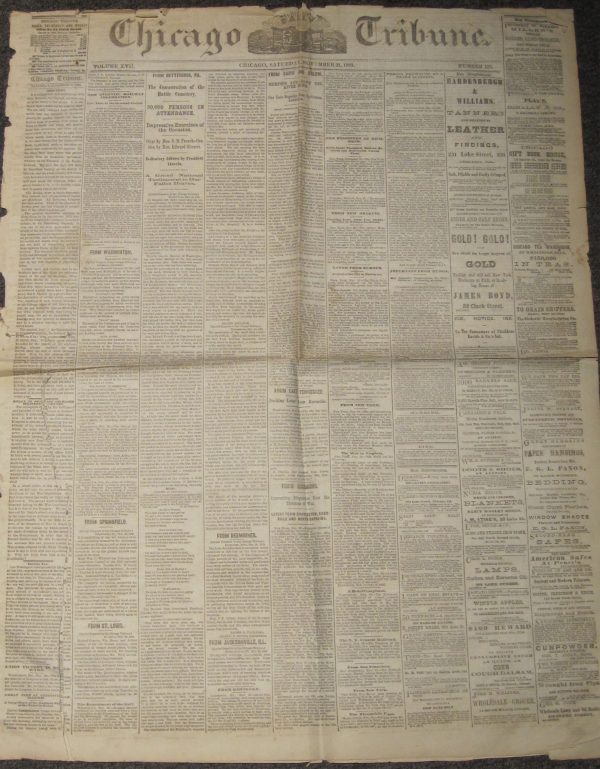 One of the Very First Times in Print, With Mistakes!

A within-days reprint of the Gettysburg Address, written by “Special Dispatch” from Harrisburg, PA, Nov. 20, 1863. It was published the following day.

The whole of the Gettysburg Address is published, though it is garbled with fascinating mistakes.  Whether the reporter made the errors (perhaps not having heard the address well) or whether either of the telegraphers involved (one outgoing and the other receiving) made some mistakes, or even that the typesetter made those errors, will never be known.

“There were four known newspaper copyists at work in Gettysburg, of whom the representatives of the Associated Press (Gilbert) and the Boston Daily Advertiser (Hale) are the most accurate” (Wills, The Gettysburg Address, 191-2). The Chicago Tribune had sent out its own reporter, so as not to rely on the Associated Press, with which they were having a spat (the Western Associated Press was formed soon after).  Not being able to get a telegraph line out of Gettysburg, the reporter traveled up to Harrisburg to file the story. Historians differ on preferred transcriptions, with no priority established.

The Chicago Tribune precedes by one full day the two first separate publications in pamphlet form, by Baker & Godwin in New York and the Washington, DC Chronicle Office. The final, authorized version did not appear until 1864, in Autograph Leaves of our Country’s Authors, printed to be sold at the Baltimore Sanitary Fair and being the first actual facsimile of the Address as well.