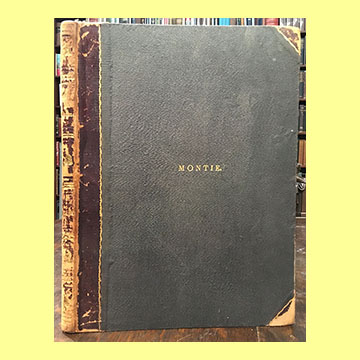 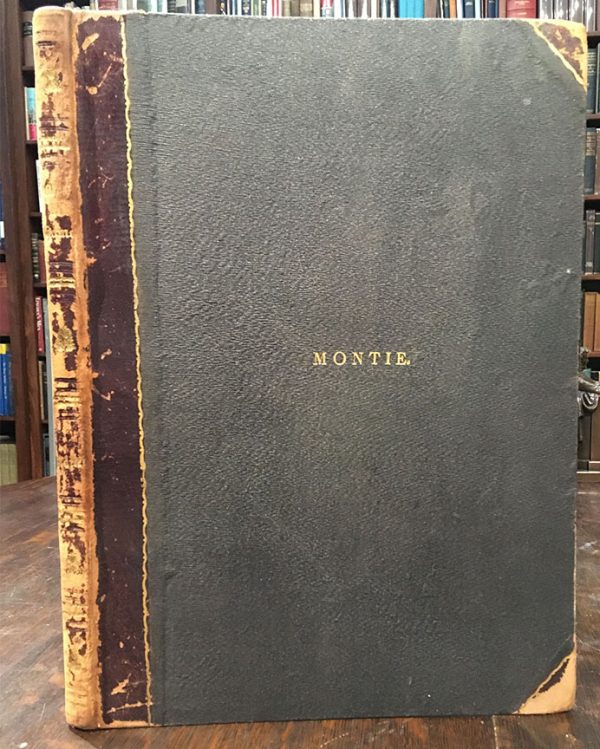 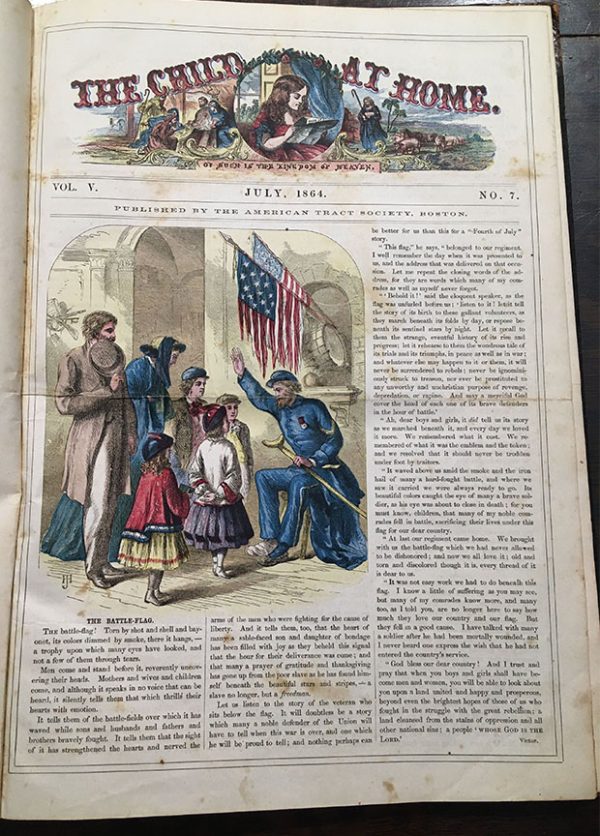 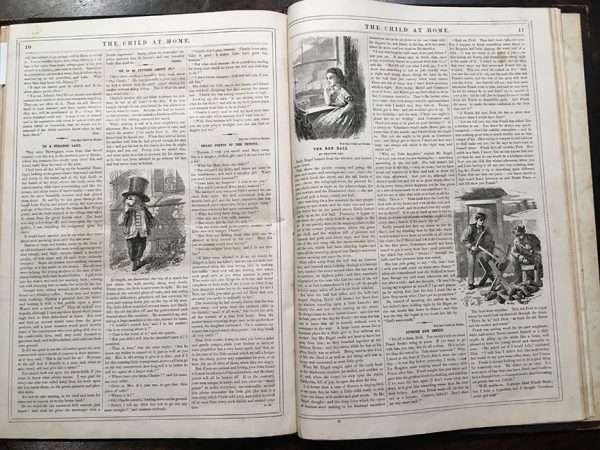 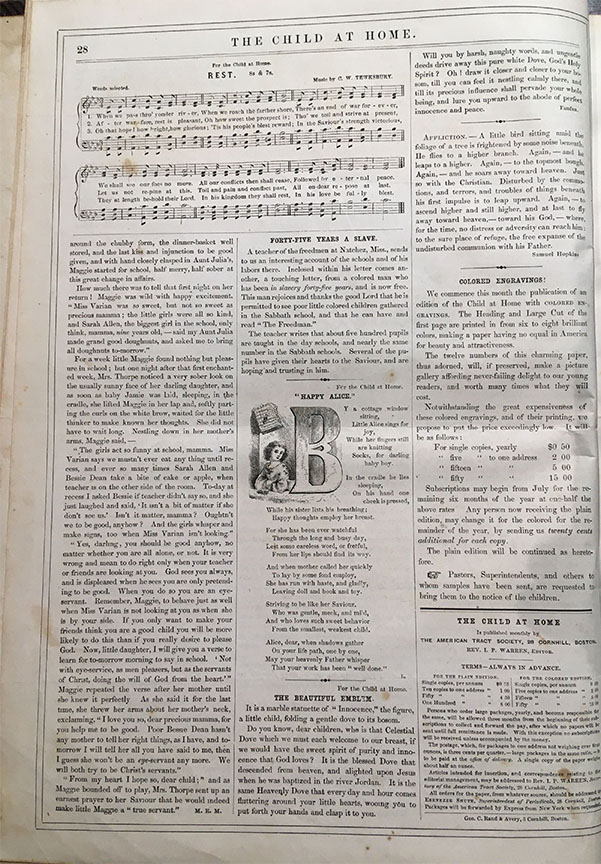 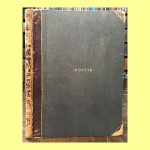 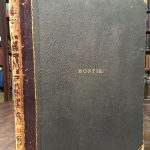 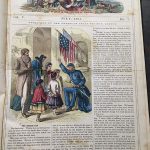 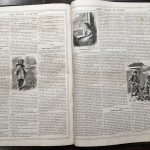 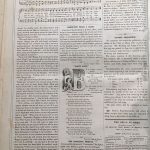 I. P. Warren, The Child At Home: Of Such is the Kingdom of Heaven, 40 issues, Bound Together

From the Publisher of
“Grandma’s Happy Hour” and “Ripe Cherries”

The Child at Home was one of the biggest tools of the American Tract Society. The ATS was a nonsectarian but evangelical organization founded in 1825 in New York City. It’s purpose was the publishing and disseminating tracts of Christian literature. It’s Statement of Purpose said, “To make Jesus Christ known in His redeeming grace and to promote the interests of vital godliness and sound morality, by the circulation of Religious Tracts, calculated to receive the approbation of all Evangelical Christians.”

A major break occurred between the two American Tract Societies (Boston and New York) around 1859. This was primarily due to a difference of opinion over the issue of “the sin of slavery.” This present publication, from Boston, carried articles and images also aimed at Freedmen’s children. On 14 May 1863 the New York Times ran an article on an anniversary of the Society. Rev. Warren, as Secretary of the Society, “read a lengthy report, which covered in detail the system of operation adopted by the Society, which was divided into two parts–the business and the charitable departments. It was the “province of the business department to provide for the sale of all books, tracts and publication.

Excellent condition with the colors bright and bold; some foxing; the first page of Vol. VI, No. 7 is missing, else complete for these numbers; leather quite worn but volume intact.